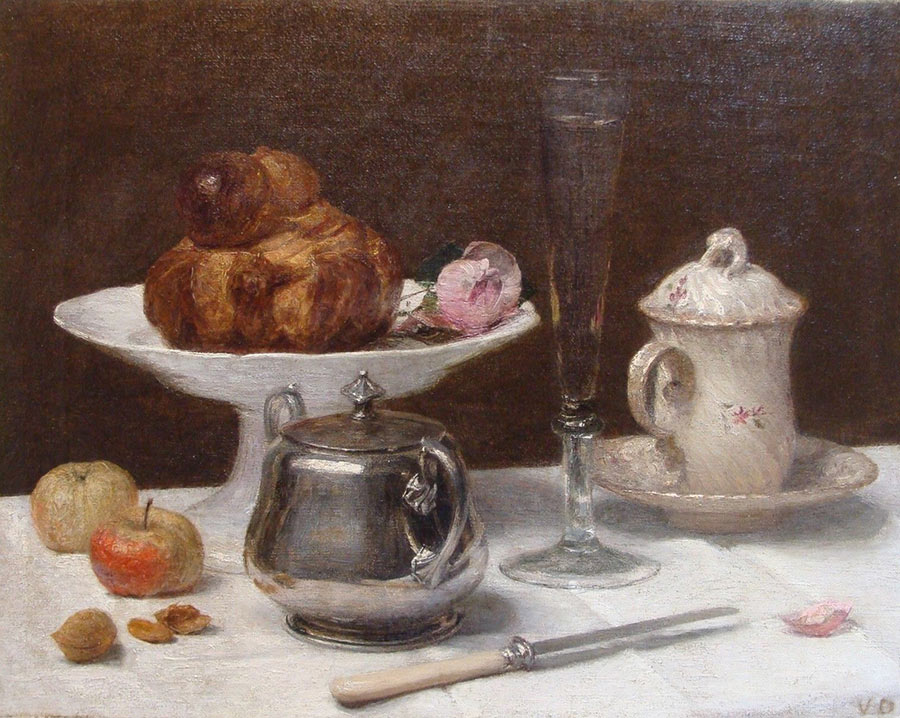 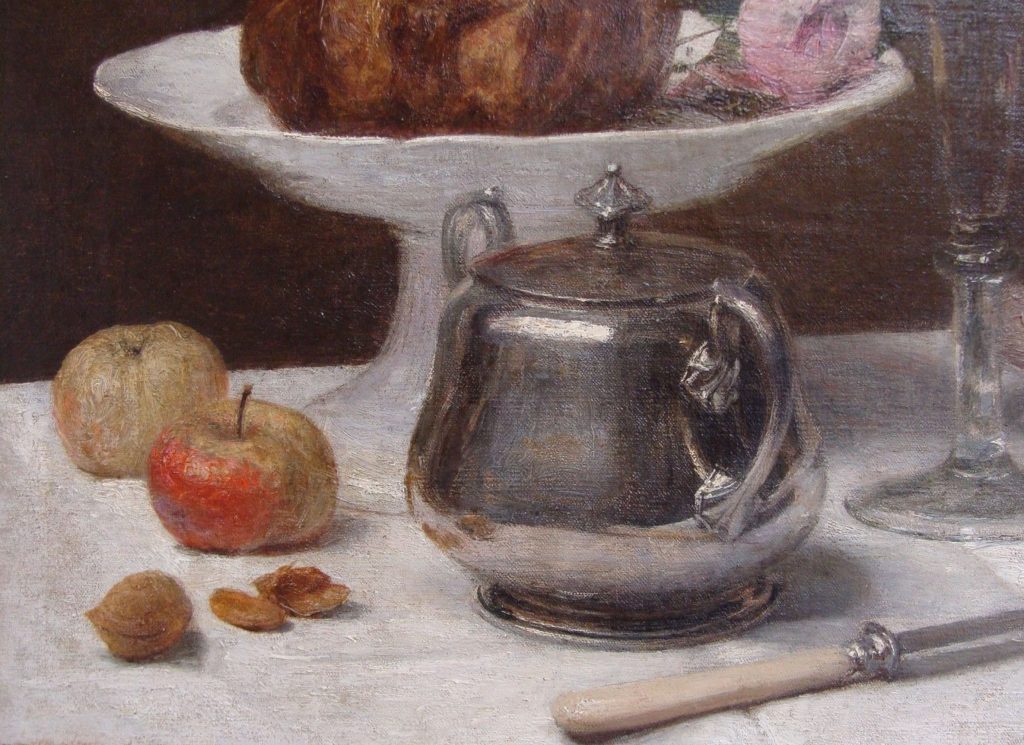 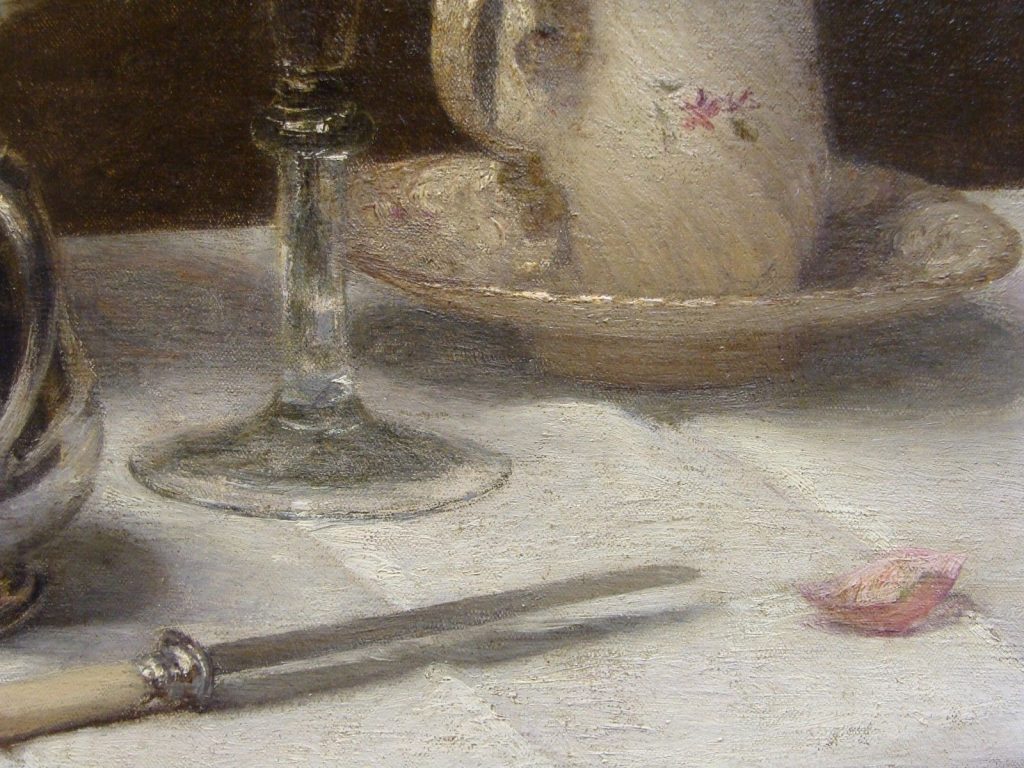 A true museum quality paining of a delightful lunch table, including a brioche, apples, a silver sugar pot and a tea cup. Victoria married to Henri Fantion-Latour in 1876. Both artist often depicted (floral) still lives, for which they are still known and respected today. It is actually quite possible Henri learned this subject from Victoria, as several works of her with these subjects are known from before the time she met with Henri.
The painting seems to be very closely related to the painting 'Coin de Table' from Victoria Fantin latour, in the musée de Grenoble.
Also, the silver sugar bowl seems to be the very same silver bowl used by Henri Fantin Latour in his painting, also named 'Coin de Table', from The Art Institute of Chicago, from 1873. As such it is very well possible this was their own silver bowl in use in their daily life.

Victoria Fantin-Latour (December 1, 1840 - September 30, 1926) was a French painter who mainly painted flower and fruit still lifes.
Victoria was born in Paris and trained with Fanny Chéron. Together they often traveled to the Louvre to copy paintings by Old Masters, such as those of Willem Kalf (1619 - 1673).
At the Louvre she met Henri Fantin-Latour, whom she married in 1876. She collaborated with him on flower still lifes, but also produced many works under her own name.
Although both Victora and Henri had a lot of contact with the young French Impressionists, such as Whistler and Manet, among others, they still belong to the classical painting school. In the use of color, however, the palette of Impressionism can be found, as used by their befriended artist.