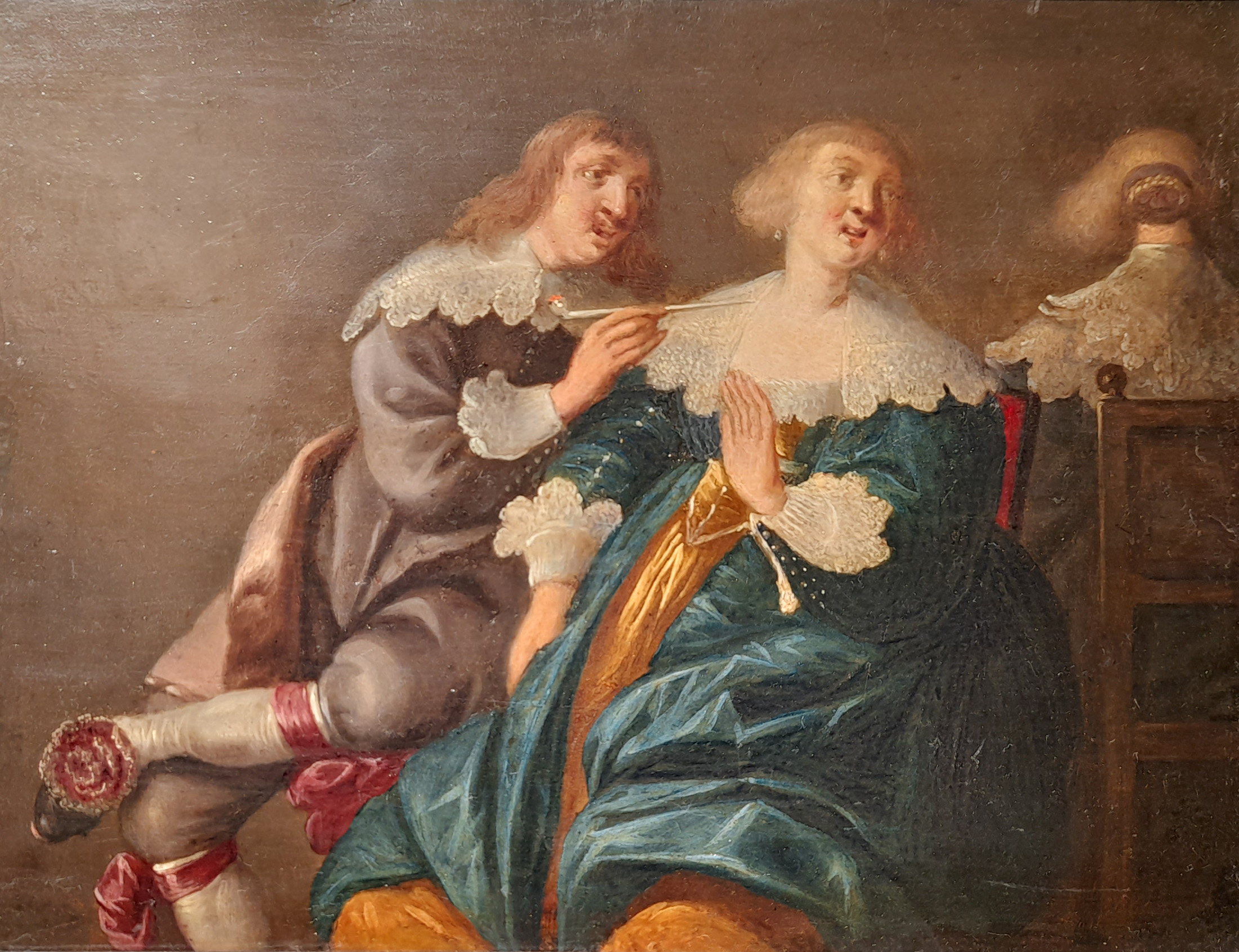 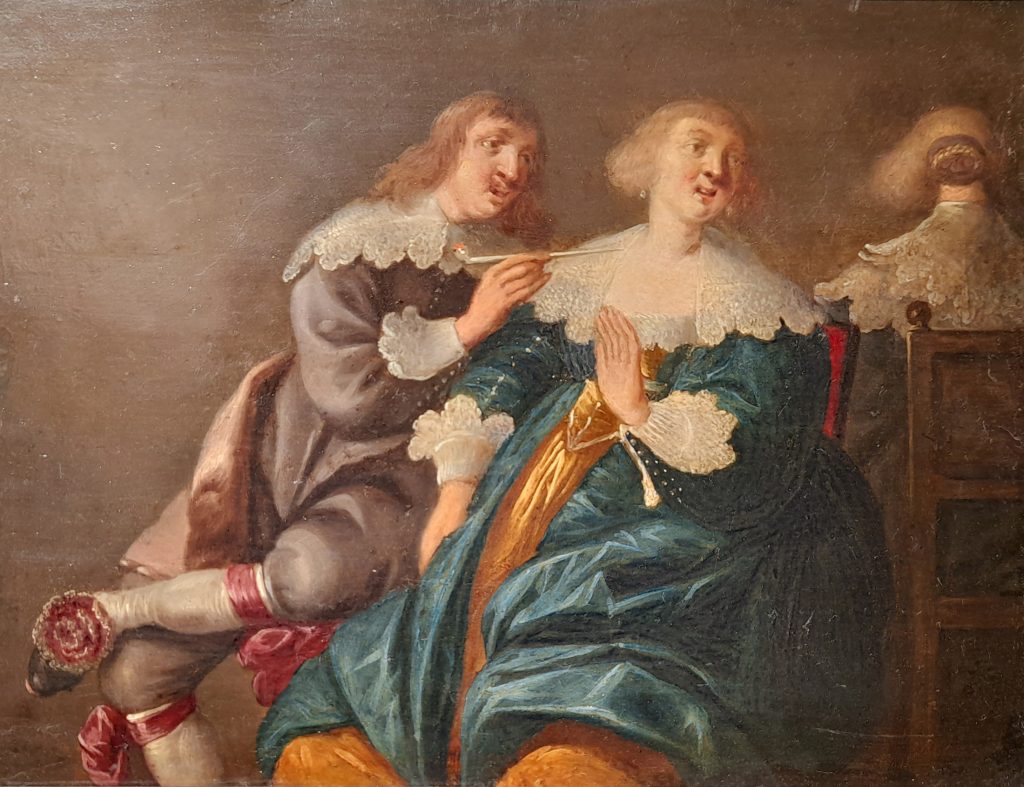 A cheerful and humorous painting by Anthonie Palamedesz. of a man and a woman in 17th century costume. Although the joke in this painting may now be somewhat less widely understood, it was (certainly for noble and prominent) ladies of the 17th century far from common to smoke a pipe. The man's offer is therefore mainly intended to be teasing and joking, since he was obviously aware of this. In the 17th century, that would be considered a fun and perhaps even an original joke.
It is precisely the innocence and cuteness of this joke that more than 350 years after the creation of this painting almost turns this jest into a joke into a joke.

Antonie Palamedesz (1602-1673) was born in Scotland but grew up in Delft. His father Palamedes Willemsz. Stevens (died 1651) was also an artist. Antonie Palamedesz developed his talent for painting at the Guild of Saint Luke in Delft. Later he also became head of this guild. He mainly painted portraits and genre paintings. He was the brother of Palamedes Palamedesz. I.