Over the years, still life paintings remain a highly valued subject. From Rachel Ruysch to Pablo Picasso and from Caravaggio to van Gogh, the still life is always depicted in a different way, or by a different movement. You could almost say that still lifes are as old as Rome itself. In that case you are not very wrong, because even the ancient Romans already painted still lifes. Such as the still life that have been preserved on the walls of Pompeii.

Of course, the still life does not only extend to flowers, but over the centuries more and more still lifes were made of dining tables. Sometimes still standing in the kitchen itself, or sometimes already served on the table. The painting by Victora Fantin-Latour is a very beautiful 19th century example of this tradition. It truly seems as if the depicted objects from this very finely painted still life can just be grabbed off the table and is ready to be consumed. The apples, nuts and especially the brioche make the viewers mouth water. The rose petal on the right almost seems to blow off the table, perhaps by a sliding door. The brilliantly applied light reflection and the reflection of the silver sugar bowl complement this sense of "touchability". 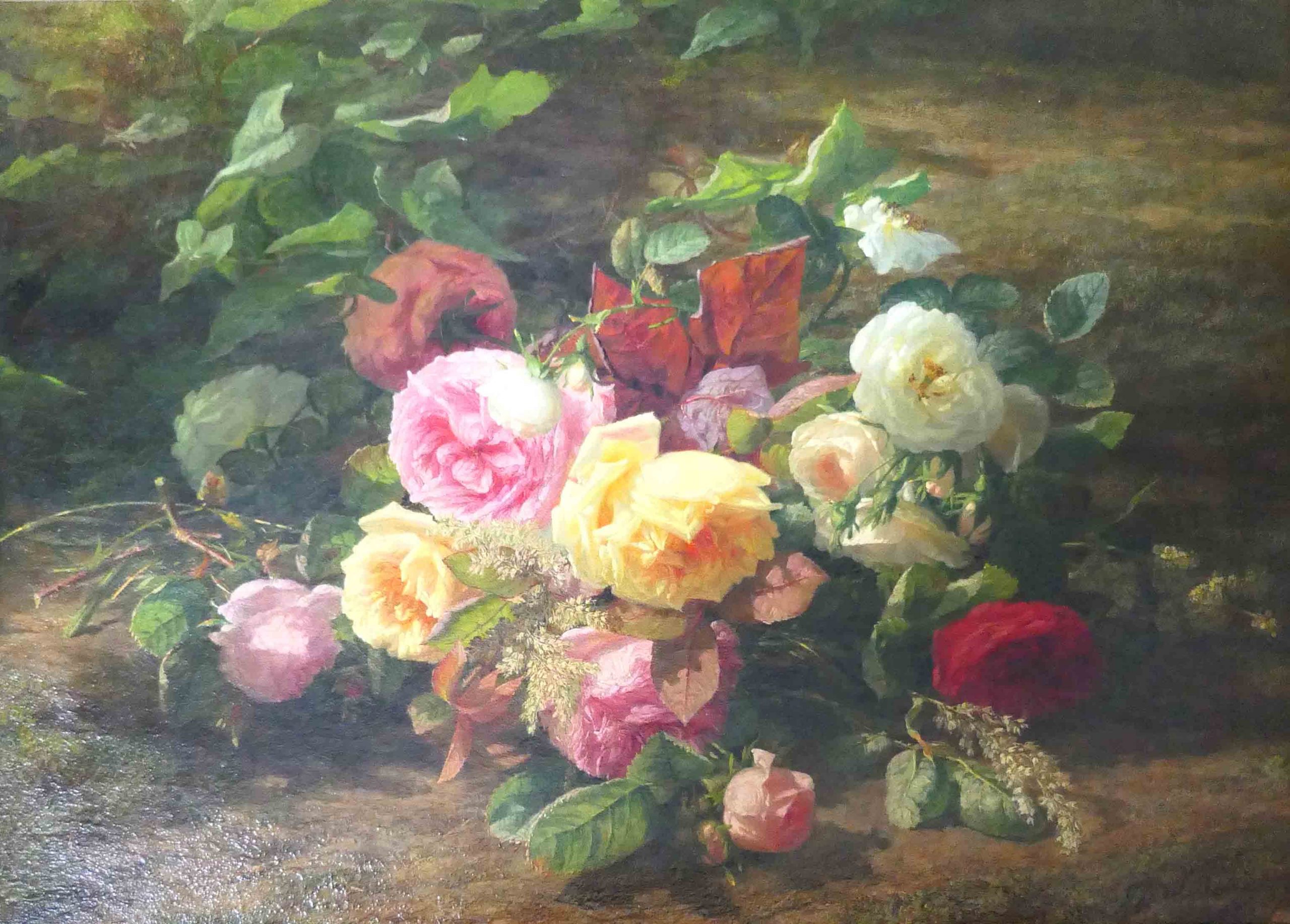 However, the word "still life" will most likely remind the majority of us to think of the typical flower still lifes. Often especially on the beautiful still lifes from the 17th century, which were supposed to radiate wealth and opulence. Especially in the 19th century, however, there was a lot of experimentation with the staging of the subject. Something that emerges in the painting by Gerardine van de Sande Bakhuyzen shown here. Instead of depicting a flower bouquet on a table or on a plinth, she chooses to even omit the entire vase and paint the flowers on a forest floor. This makes it seem as if they were simply left there, or just accidentally ended up there. This immediately gives the subject much more tension. At first, the viewer sees only the masterfully rendered and very striking pink and yellow shrub roses in the center. Only at a second glance does one see the slightly strange, but natural environment of the bouquet.

Even further down in history, the great influence that Vincent van Gogh had on art can also clearly be seen when it comes to the still life genre. Not only people but even objects, or in this case flowers, are from that moment on displayed as if they have their own identity and character. An example of this can be seen in the work by Johannes van der Kooij depicted on the right. The depicted Primroses seem to have a very strong and proud character. They are powerful and sleek. Especially the flowers that reach the highest seem to look proudly ahead. This image is complemented by the sleek and hard-hitting stone flower pot.