THE WALLS OF JERICHO - JOHFRA 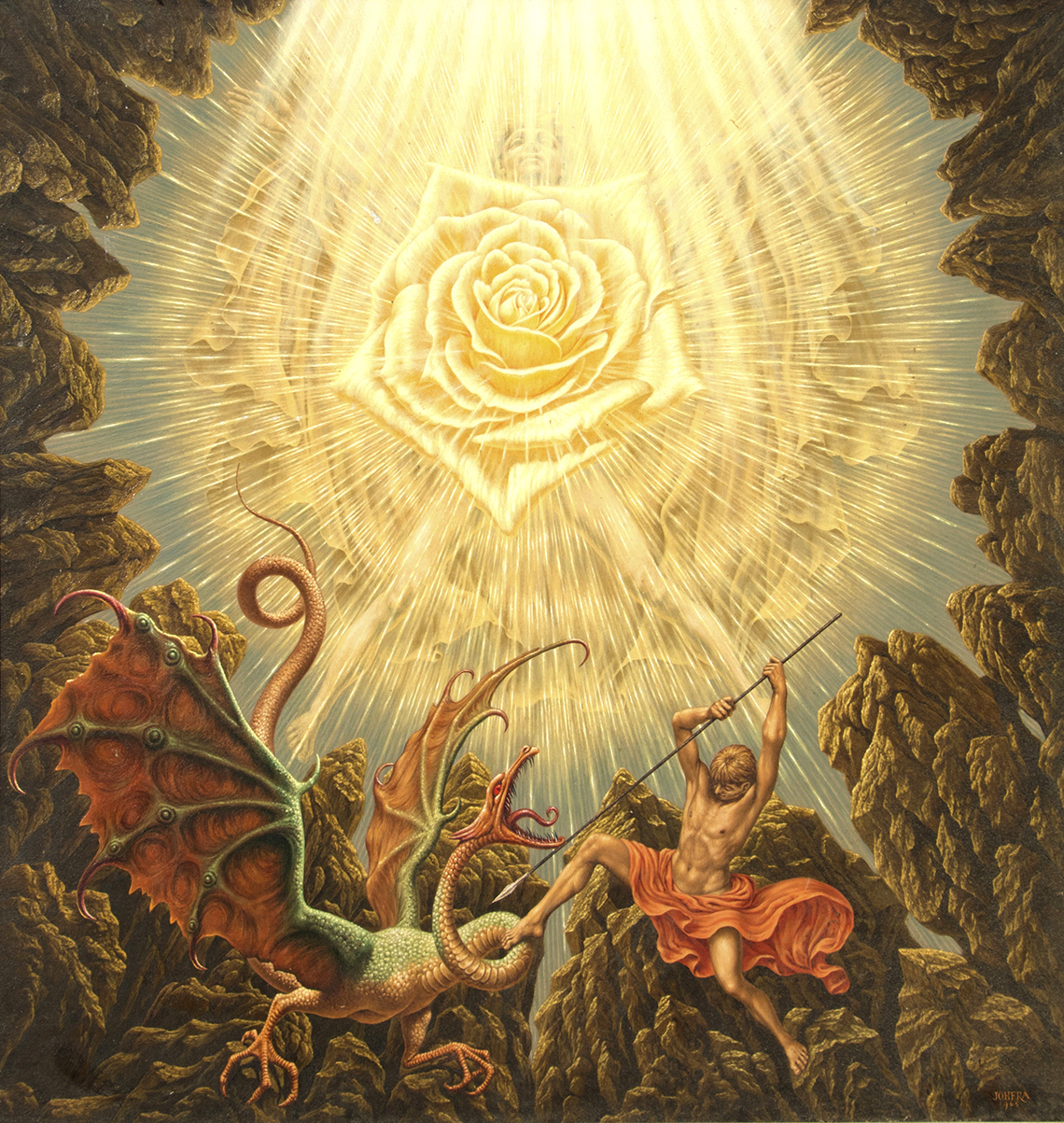 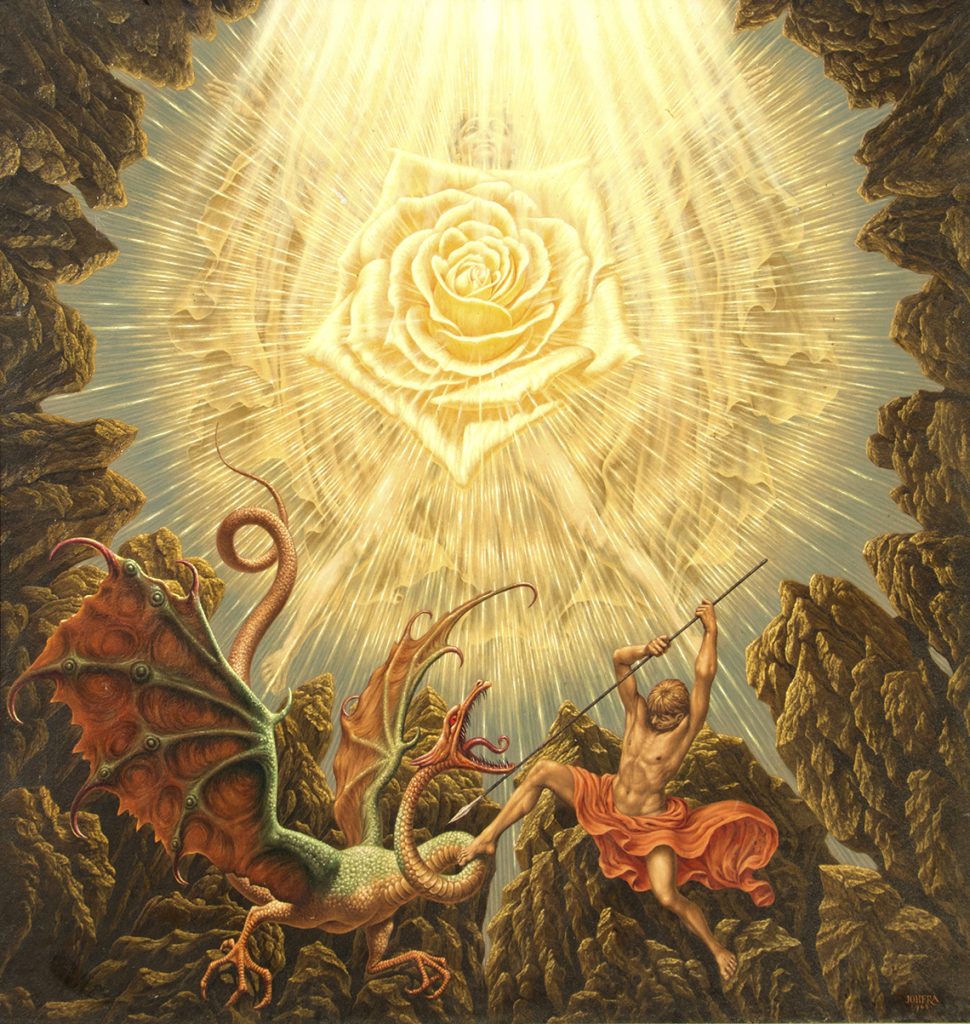 A somewhat mystical and very exiting painting by Johfra. The work dates from 1965 and can be found back in the registration of the artist (Index #0909). He would describe his own style as psychological realism (‘psychisch realisme’). Even though art critics usually labeled Johfra’s work as magic realism.
The strong and bold use of colors and the powerful lighting only adds to the suspense of the subject.

Franciscus Johannes Gijsbertus (nickname Frans) van den Berg (1919 - 1890), better known by his artist name; Johfra, a contraction of his given names (Joh) annes (Fra) nciscus).
Johfra grew up in The Hague. At the age of 15 Johfra starts studying at the Hague Academy and received lessons by Henk Meijer, Paul Citroen, Willem, Cees Boldinghen Jan Giessen, among others.
In 1959 Johfra got the chance to meet Salvador Dali, which stimulated him to delve further into Dali's surrealism.
Together with Diana Vandenberg and later with Ellen Lórien he often stayed in France, where Johfra was able to direct his full attention to honing his skills and further develop his own style into what he himself called "psychic realism".