A WINTERS DAY NEAR A RUIN - JOHANNES FRANCISCUS HOPPENBROUWERS 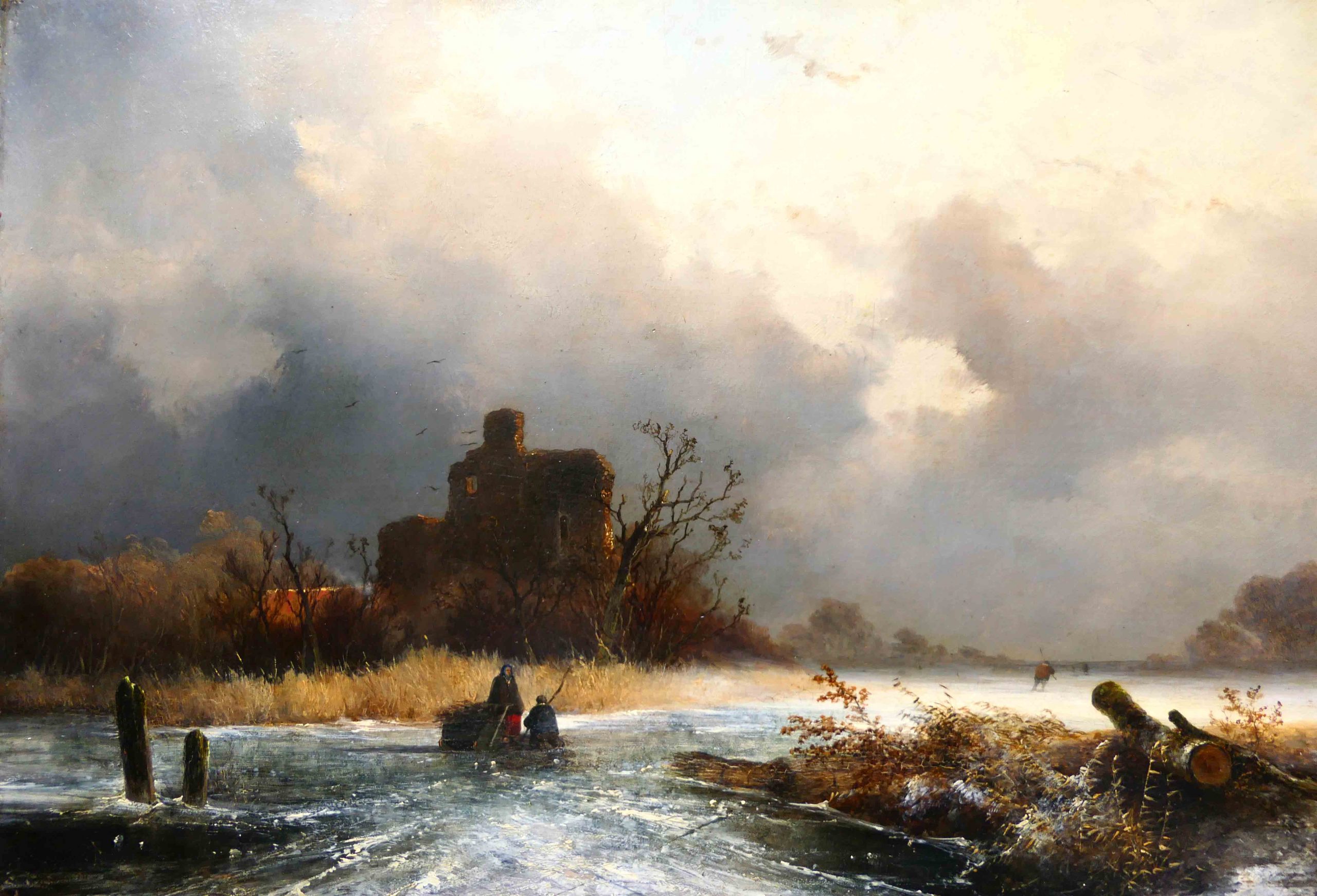 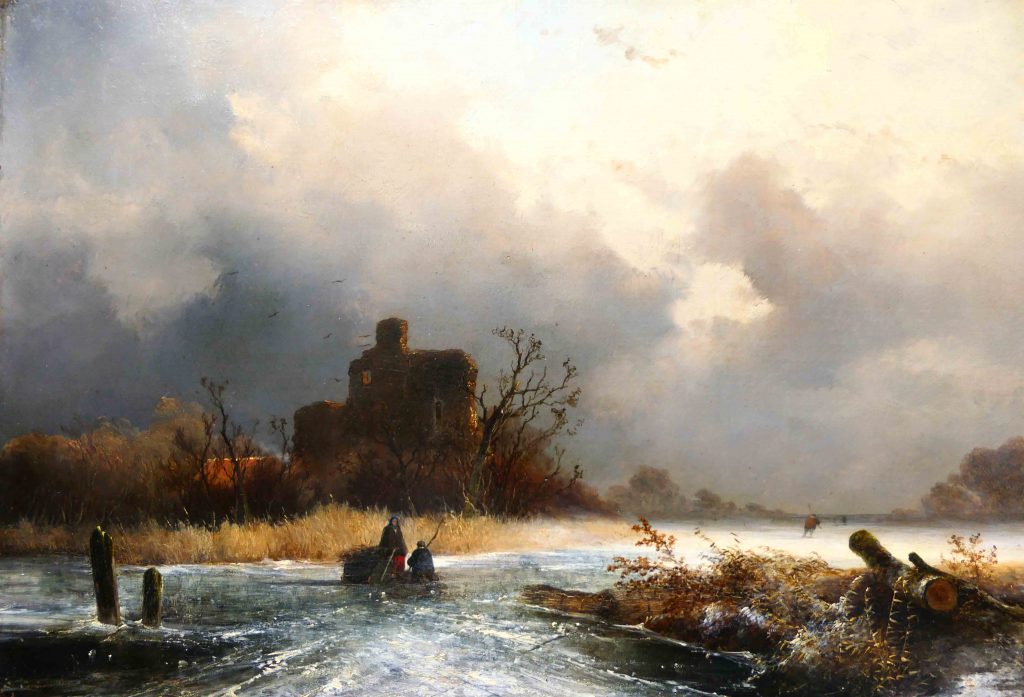 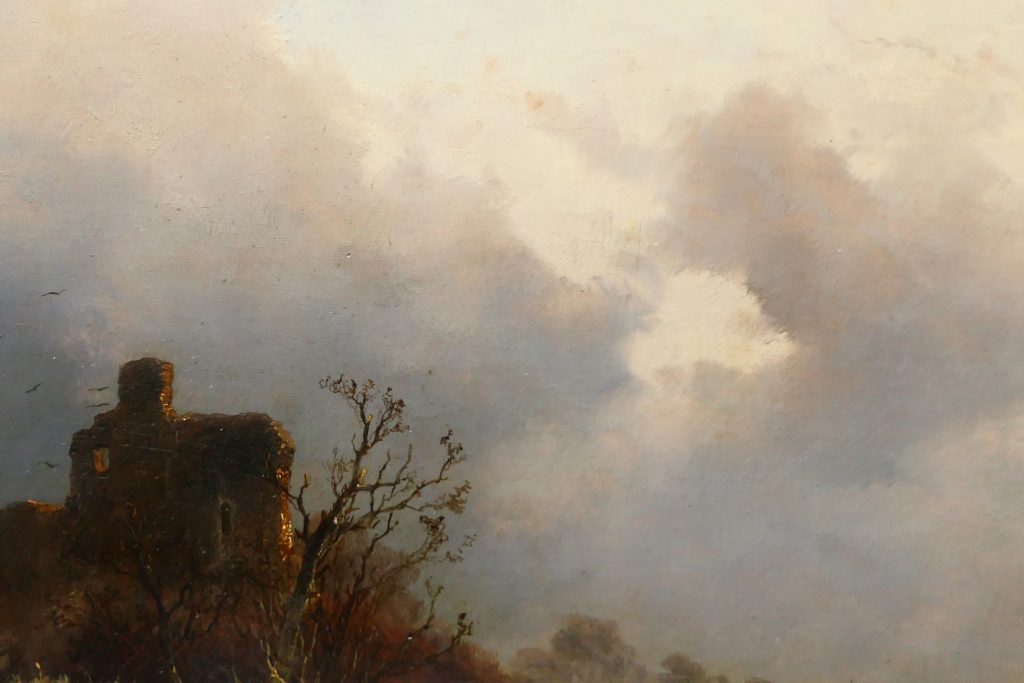 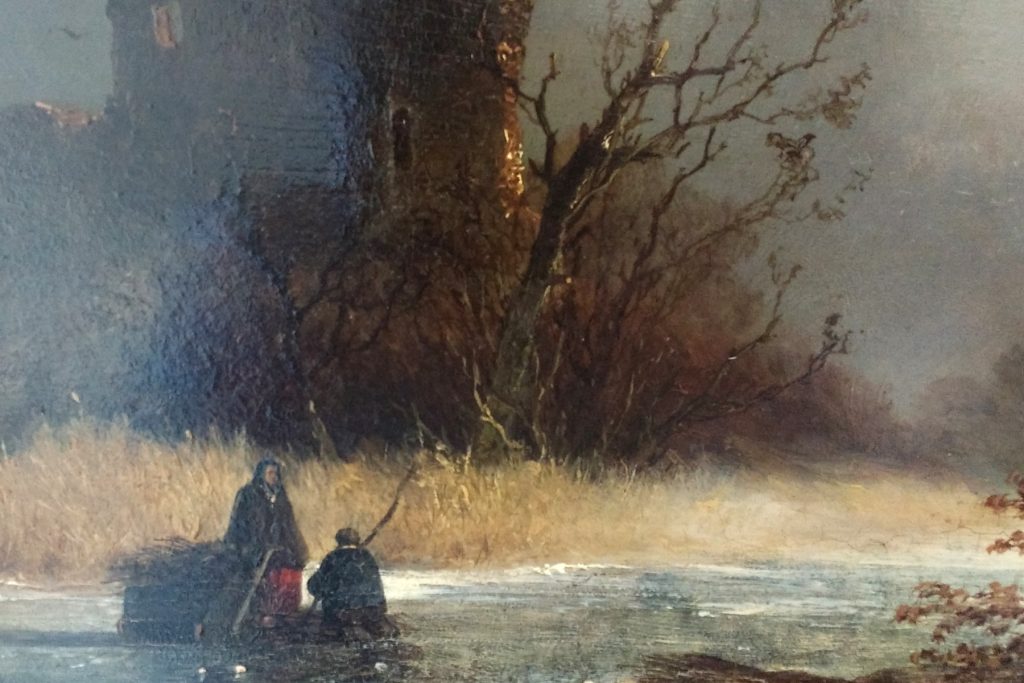 At hand is a perfect example of a Dutch Romantic winter landscape. The slightly dramatically lighting gives the ice a truly amazing glistering.
The craftsmanship of Hoppenbrouwers can be seen in the many small details, such as the way the light shines through the windows of the ruin. It is those details that give away the fact that this painting is painted by one of the top students of Andreas Schelfhout, painted at the height of his career.

Johannes Franciscus Hoppenbrouwers (1819 - 1866) was born in The Hague where he went to study at the Academy of Visual Arts in The Hague and after that as a pupil of Andreas Schelfhout. He also studied Law in Leiden, settled as a lawyer in Breda and even became a judge.
However, his painting career did not seem to suffer from this at all. For example, he exhibited his works several times during the Exhibition of Living Masters. Which was a great achievement.
Like Schelfhout, Johannes Hoppenbrouwers often painted very atmospheric and spacious winter and summer landscapes, preferably with an extensive cloud cover.
He is also the tutor of Louis Apol, who later became known as one of the most important representatives of the Hague School.
Works by him hcan be found in; the Rijksmuseum, the Amsterdam Museum, the Teylers Museum, the 'Gemeentemuseum' The Hague, in Museum 'Boijmans Van Beuningen' and even in the Metropolitan Museum in New York.