AT THE WATERFRONT – HYPPOLYTE-CAMILLE DELPY 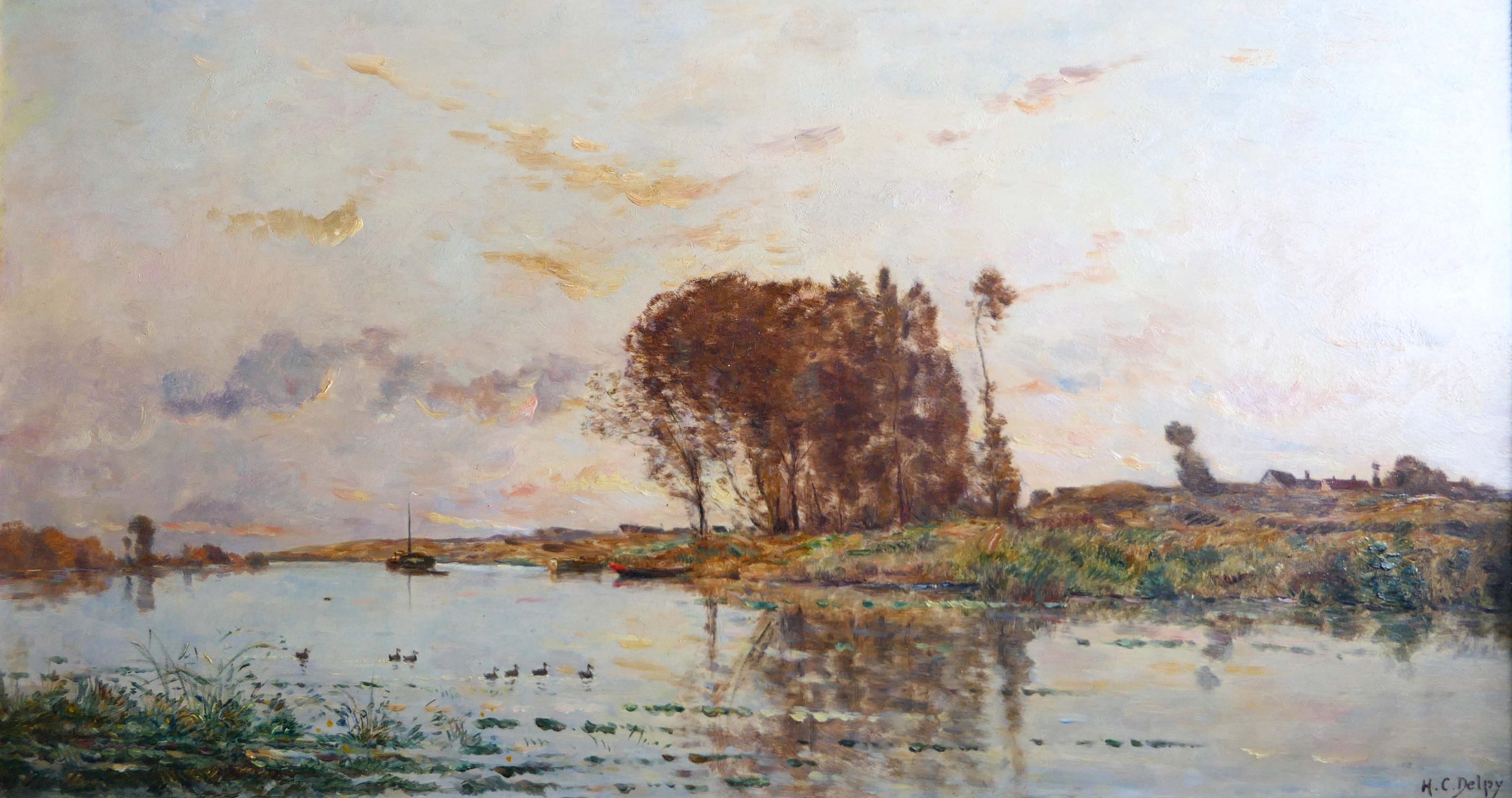 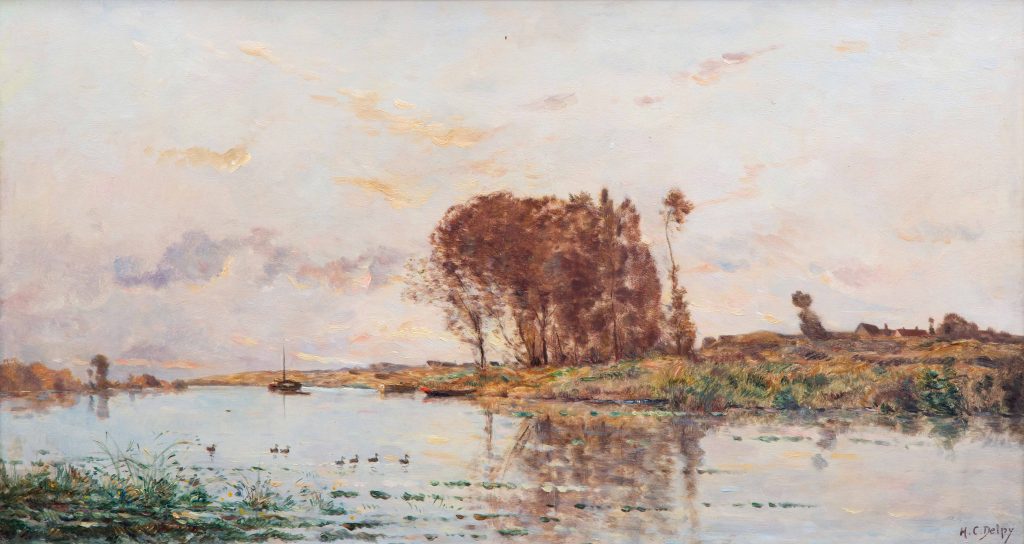 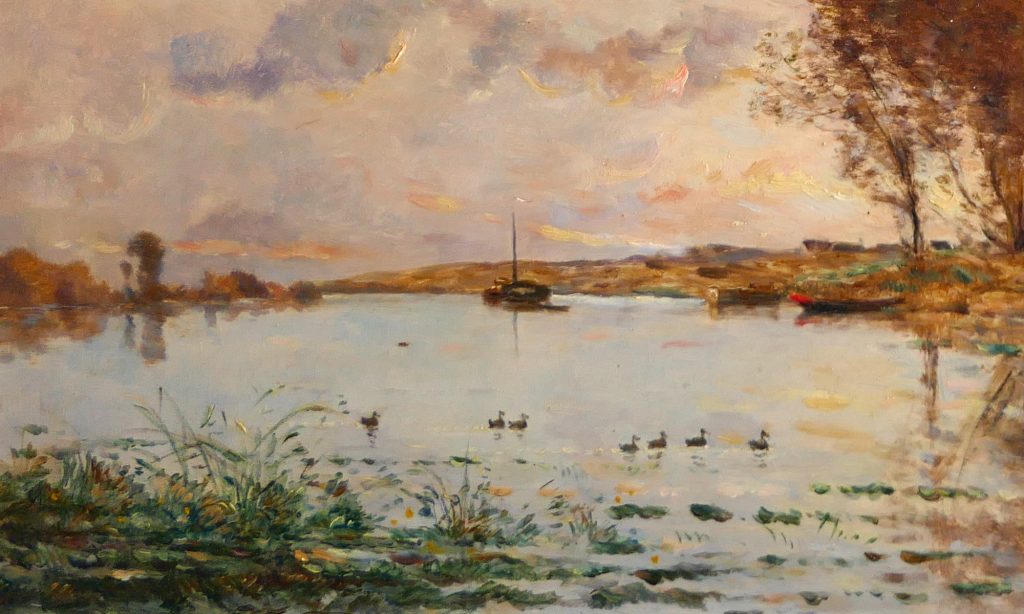 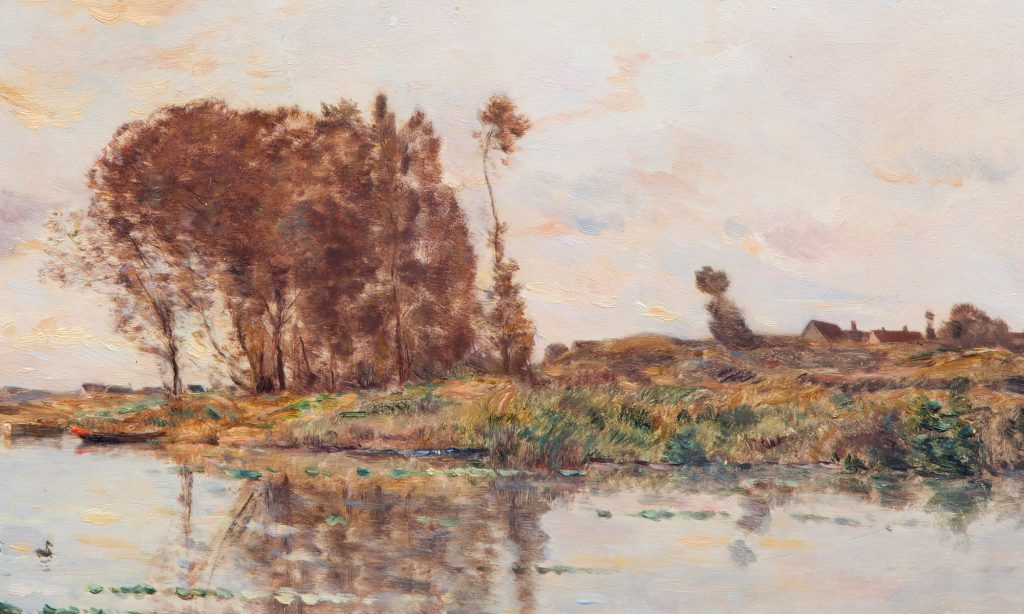 When seeing this painting one can easily imagine themselves walking along the waterfront of this meandering river. Delpy painted most of his works ‘en plein air’, as can be seen by the very naturalistic tones and colors. Delpy learned to paint this way when he received lessons from Jean-Baptiste Corot, who encouraged Delpy to go out en work in the free nature.
Especially the wide range of colors in the sky, ranging from violet to magenta, and the reflection of the sky in the water, emphasize the holistic nature of this landscape.

Hippolyte Camille Delpy (1842 - 1910) was a French painter who was born in Joigny in Burgundy. From 1855 (officially from 1858) he was apprenticed to the then highly praised painter Charles-François Daubigny, one of the most important predecessors of the Barbizon School. Later he also became an apprentice to Jean-Baptiste Corot, who would advise him to go out as much as possible to paint in the open air.
By using much brighter and lighter colors than the early impressionists, Delpy increasingly created his own style within this movement
Around 1870, Delpy started to associate more and more with Pissarro and Cézanne, the latter in particular had a clear influence on Delpy 's work.
His entries for the Salon de Paris of the Académie des Beaux-Arts were well appreciated, after which he also started to give solo exhibitions.