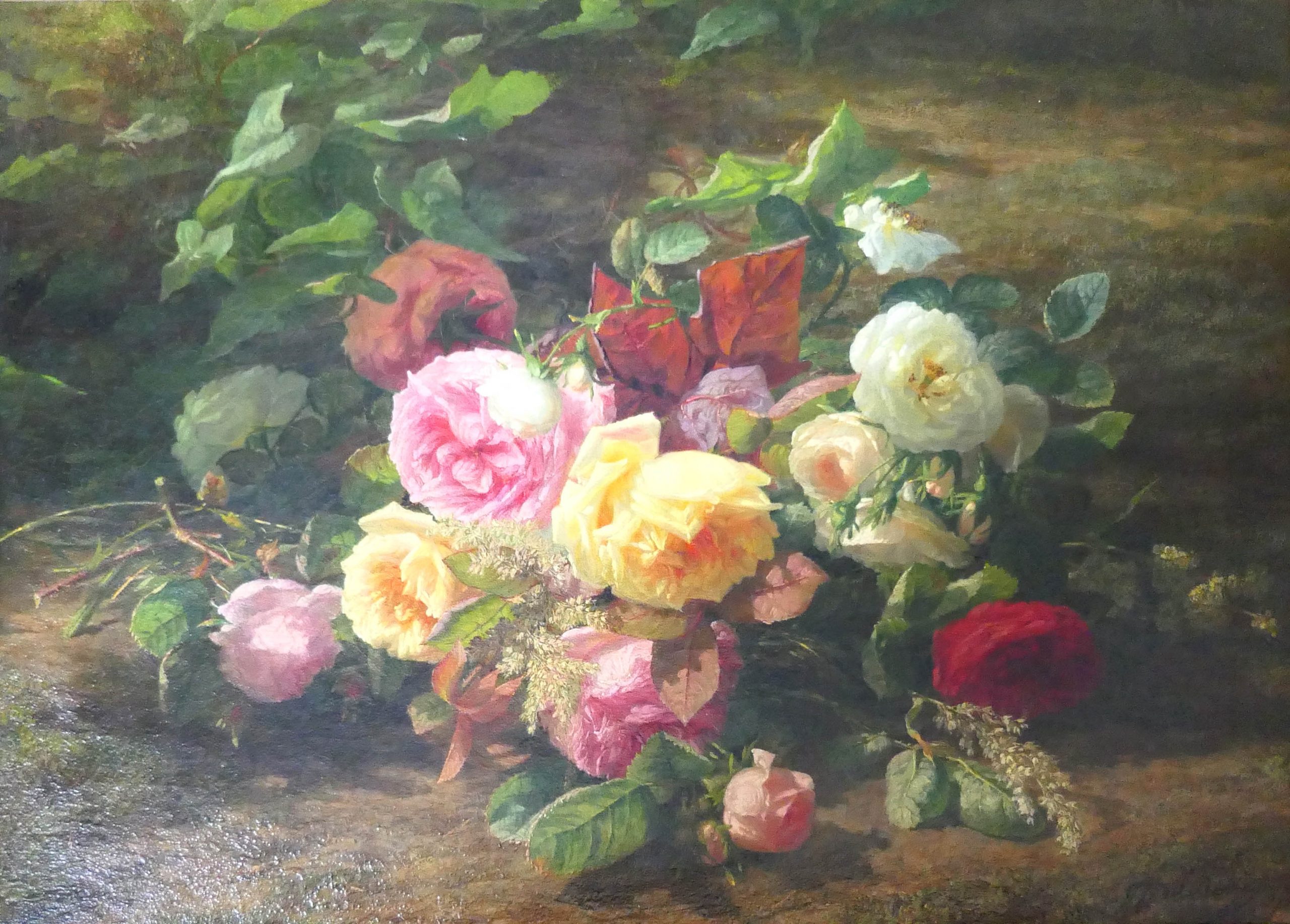 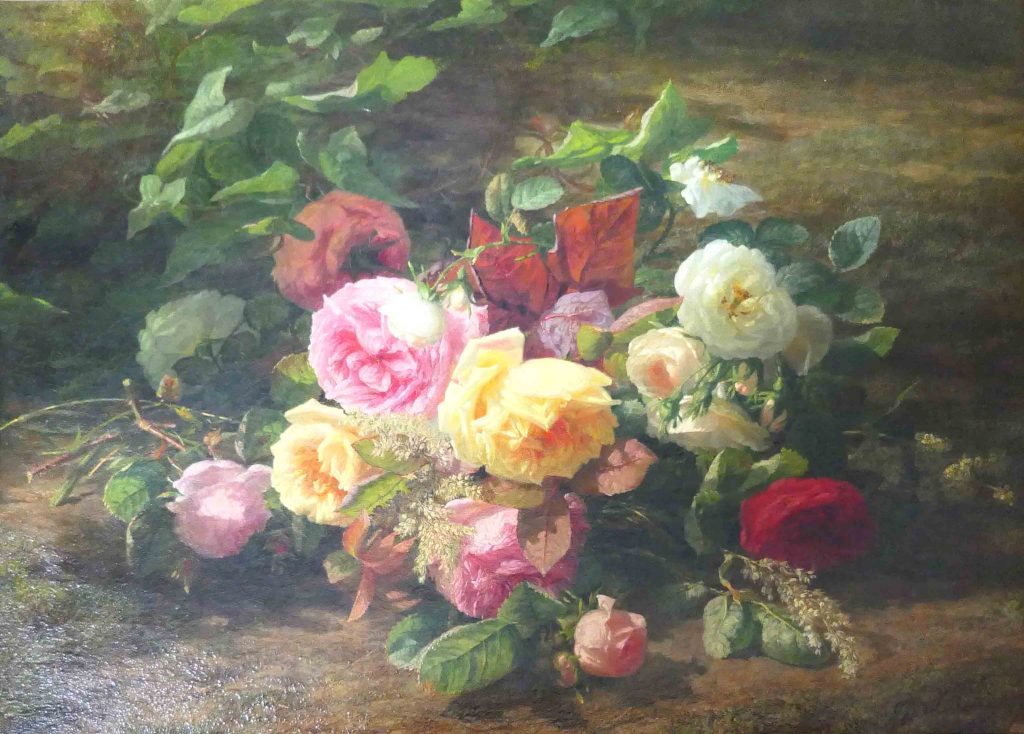 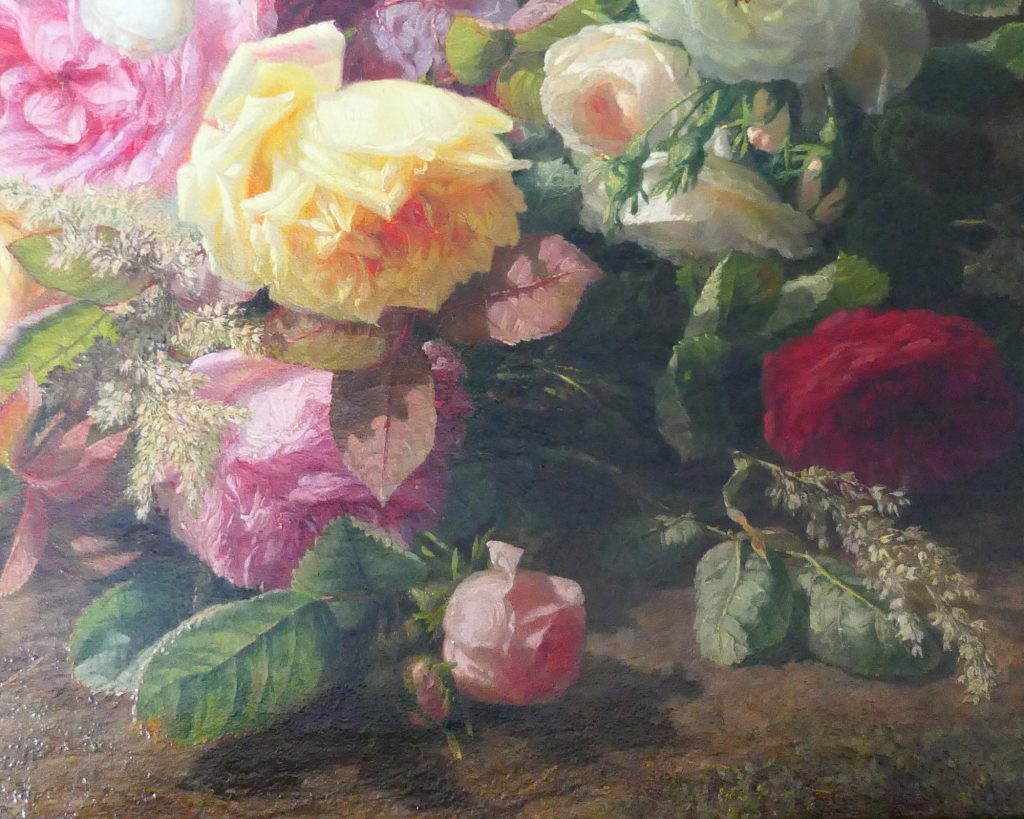 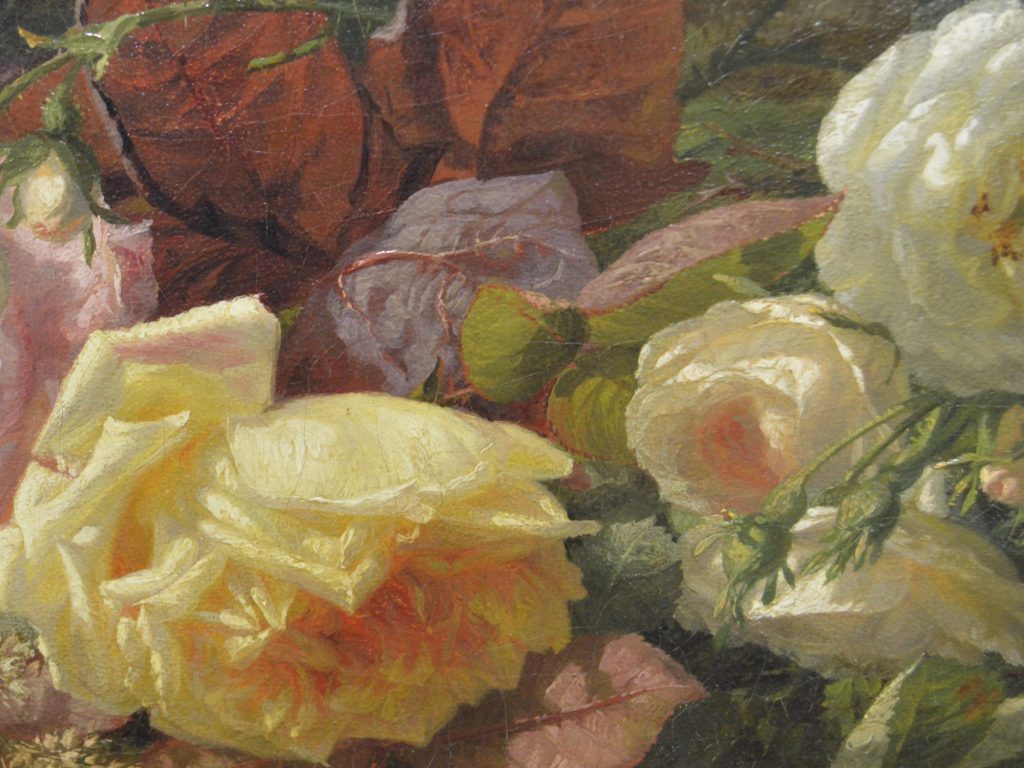 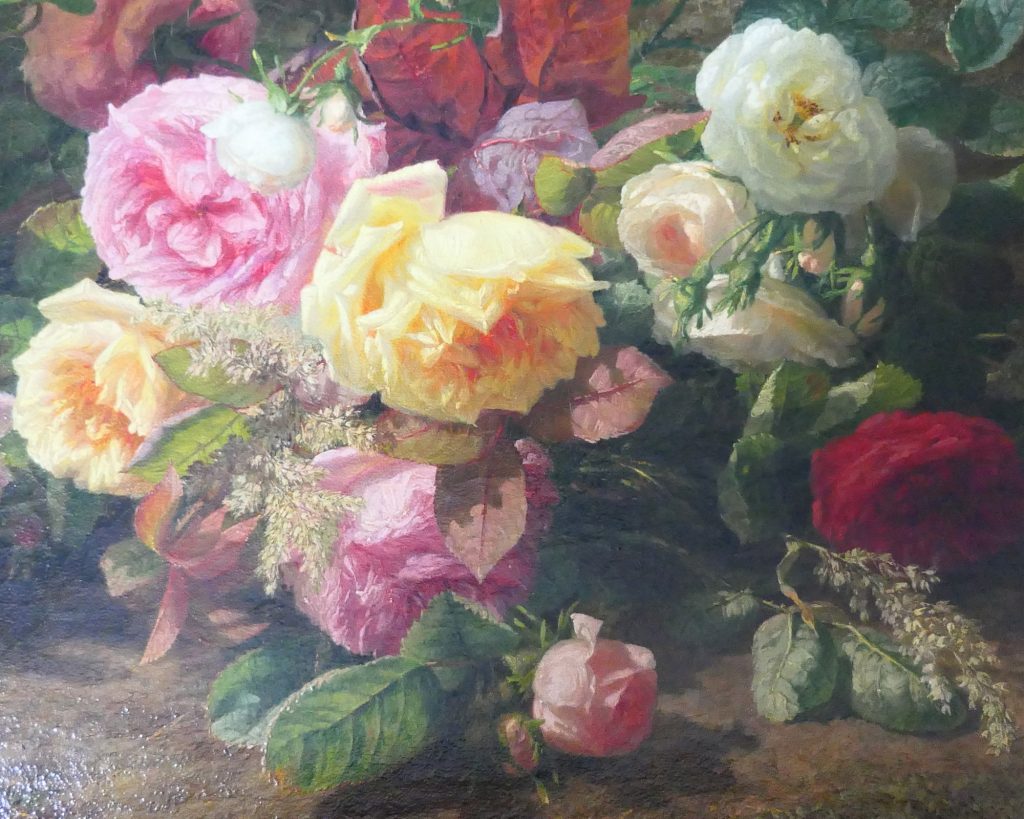 Gerardine Jacoba van de Sande Bakhuyzen was even in her time a well celebrated artist, known especially for her still life’s of flowers. Unlike her predecessors in the earlier periods in art history, she painted the flowers mostly in nature, as if they were found on the spot. As if the flowers were carelessly left there or coincidentally ended up in a forest. Looking carefully at the composition one will see that this is not the case however and that the flowers were actually very well arranged.
Geraldine’s style is influenced by many schools, such as the school of Barbizon and the impressionists. Yet many elements of the more classical style of her father Hendrik van de Sande Bakhuyzen can also be seen.

Gerardine Jacoba van de Sande Bakhuyzen (1827 - 1895) was born in The Hague. Her father was the famous landscape and cattle painter Hendrikus van de Sande Bakhuyzen (1795-1860). Her father encouraged her to become an artist and was also her first teacher.
In 1850 Gerardine was chosen as the winner of a competition organized by the Groningen art academy Minerva. Her winning subject was a flower arrangement.
In 1861 she became an honorary member of the Royal Academy of Art in Amsterdam. In 1876 she co-founded the 'Hollandsche Teekenmaatschappij' (a drawing school) with, among others, Hendrik Willem Mesdag, Jacob Maris, Josef Israëls and Willem Roelofs. In 1879 she became a member of Arti et Amicitiae in Amsterdam.
She also taught painting to Princess Maria of Prussia, Prince Henry's second wife.