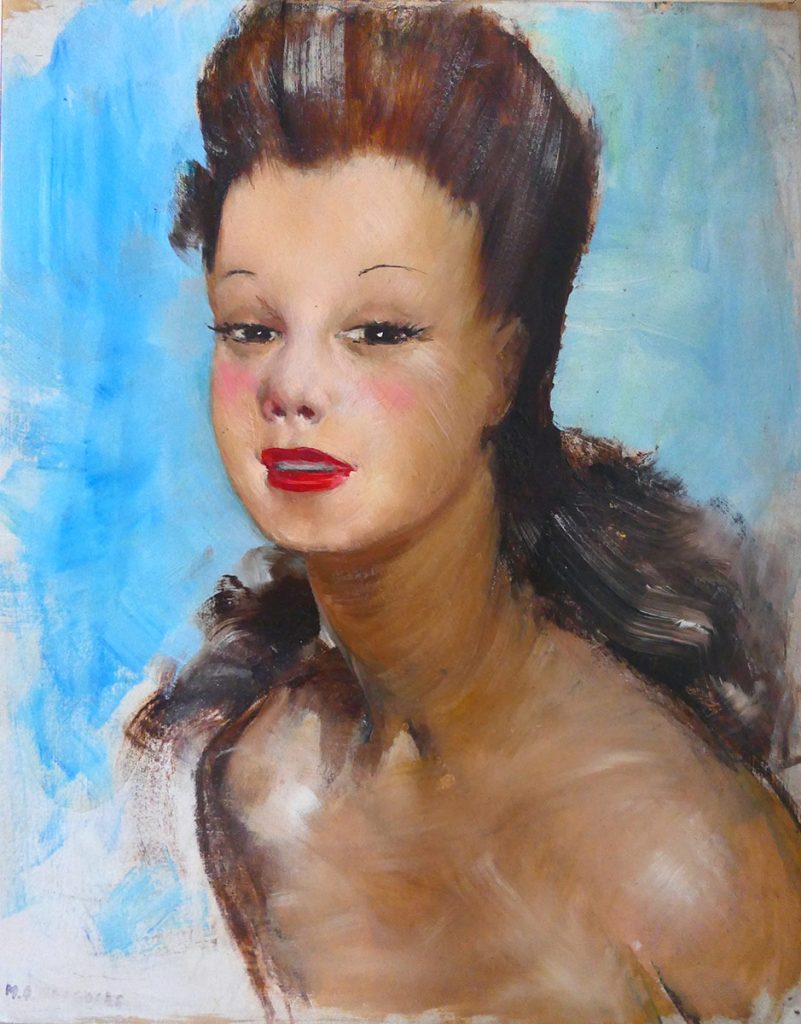 “Life is extremely beautiful”, is a quote by Grégoire. That positive message is also what comes shinning though this fantastic painting. It is painted in a very confident way with strong bright colors, showing the craftsmanship of a natural born artist. Who later in his life, after he was financially independent, started an art school just out of passion for art and his students.
The painting remind a lot of the work of Jean-Gabriel Domergue, who also painted many Parisian woman and was active in the same period as Grégoire.

Artist: Marc-Olivier GRÉGOIRE (1897-1991)
Size: 13,4” x 11”.
Signed: Lower left. With the atelier stamp from Gergoire.
Material: Oil an artist’s board.
Provenance: Bought by the previous owner directly from the state of the artist.

Gregoire mainly depicted very naturalistic landscape and river scenes, or reclining nudes and pin-up models. His well-known motto; “Life is extremely beautiful”, can be found back in both his landscapes, as well as in his ‘model’ paintings. As Gregroire, like a photographer, would always await the very best moment to optimally capture his subject.

Next to being a painter he was also a very successful inventor. He invented Teflon or “Non Stick Cooking”, as used in the well-known TEFAL cookware. After he was financially independent due to that success, he would only focus on painting and thatching at his very own painting academy.