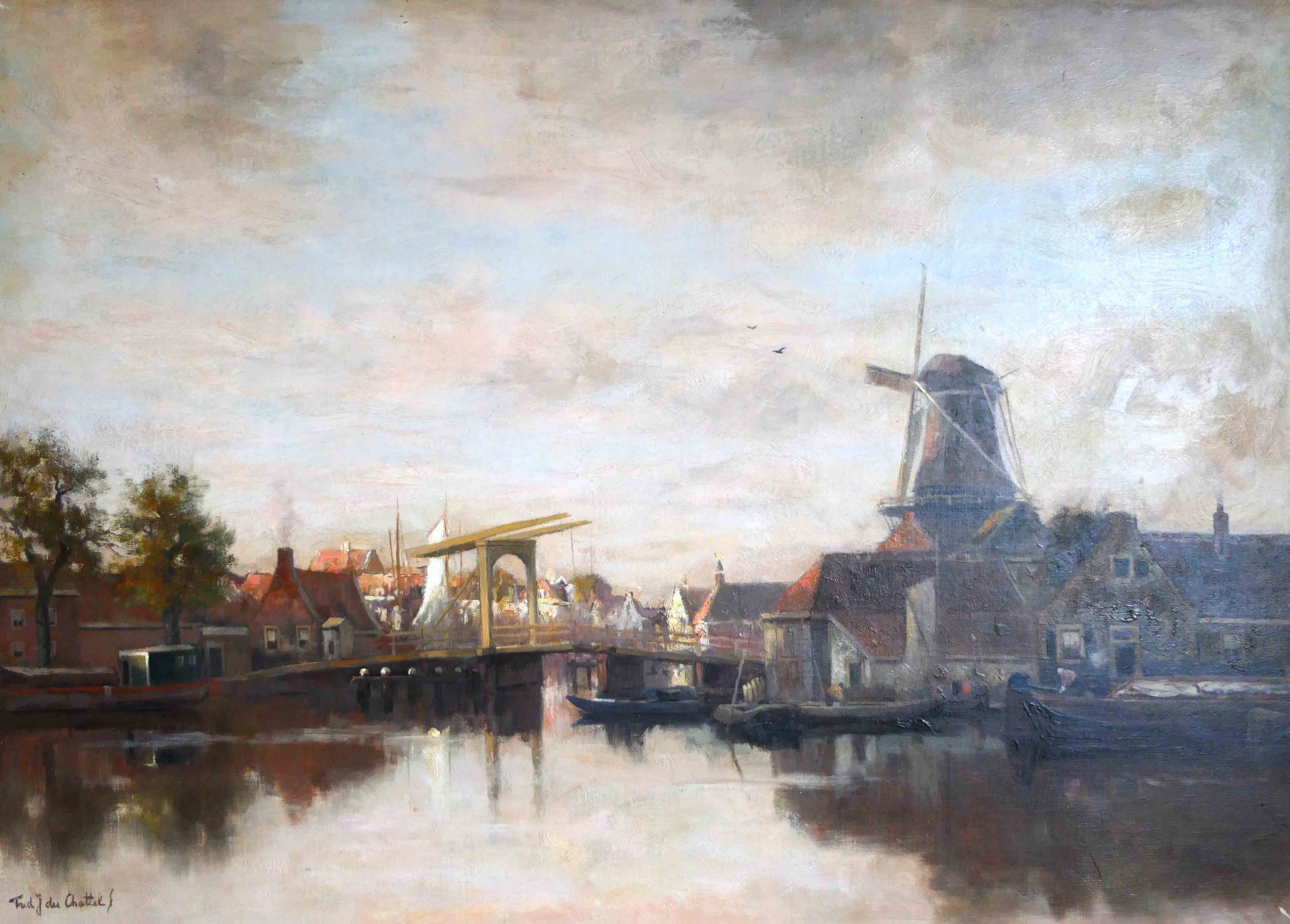 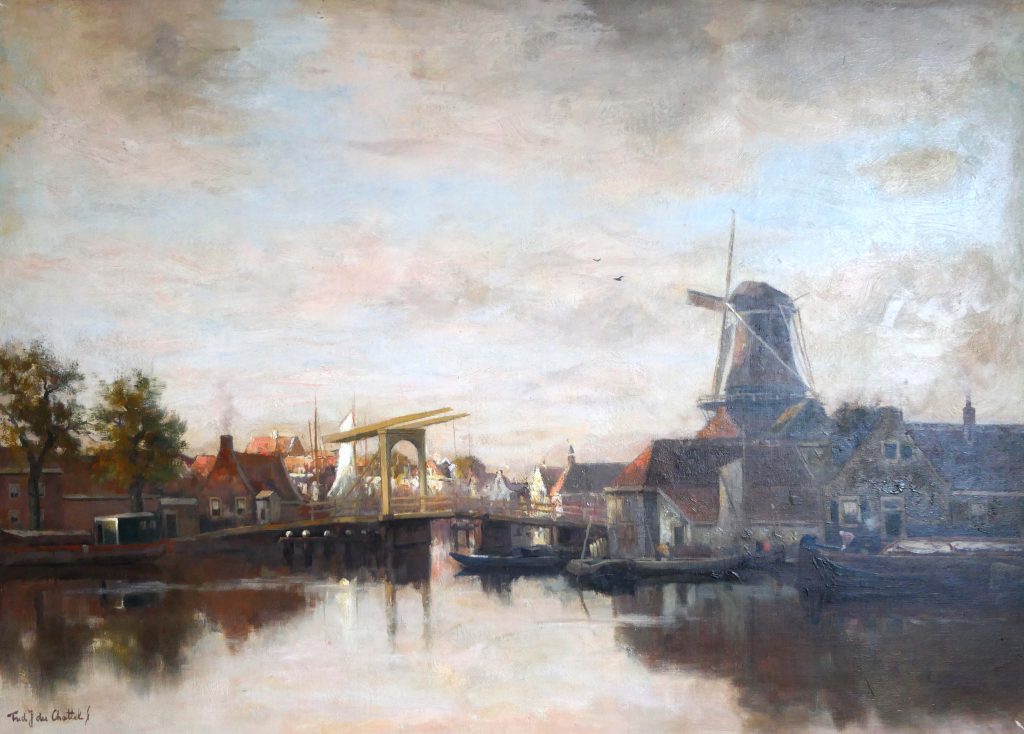 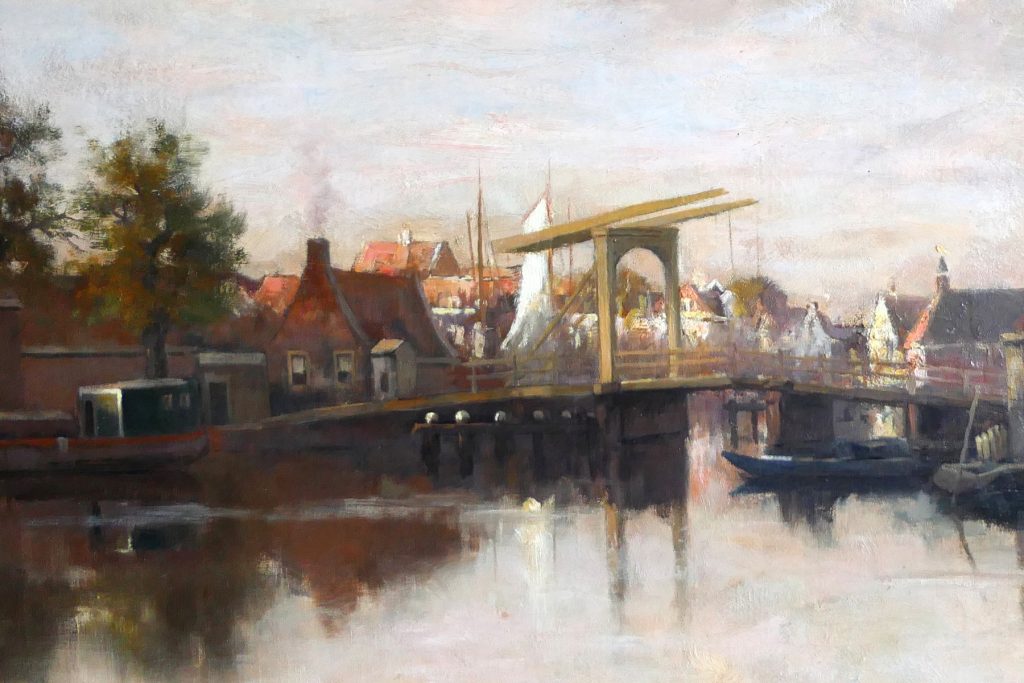 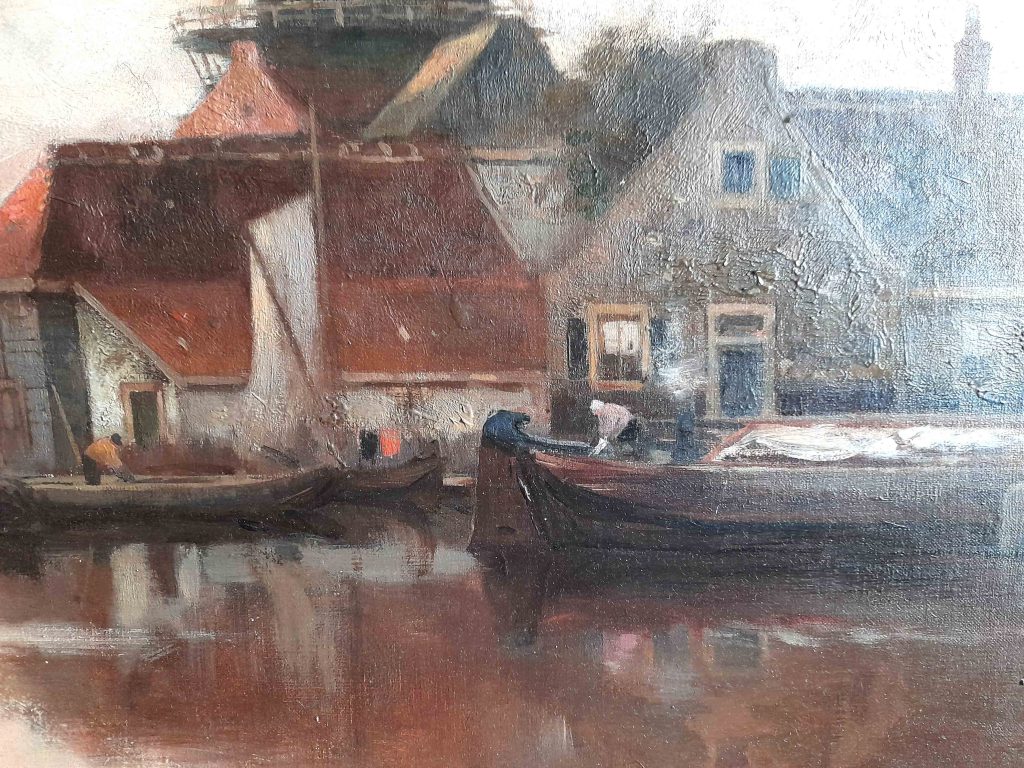 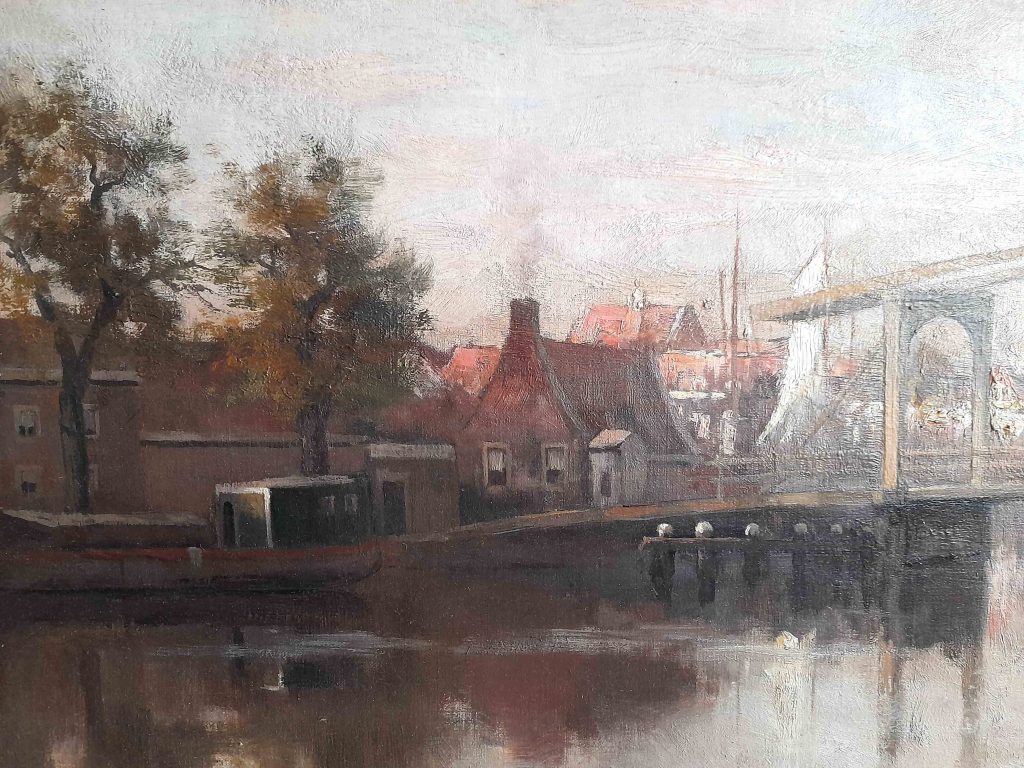 A nice large scale and fully worked out painting by Fredrik van Rossum Du Chattel. It is safe to say that this work belongs to the top of the artist oeuvre. The open water and the draw bridge are characteristic for the many smaller villages near the Vecht. The strong reflections in the calm water give this work a very mellow feel, as if one was calmly passing by in a slowly moving boat.

Fredericus Jacobus van Rossum du Chattel (1856 - 1917) was born in Leiden as the son of Jan Hendrik van Rossum du Chattel (1820-1878), who was a painter by trade.
He first received lessons at the Drawing and Painting Academy 'Ars Aemulae Naturae' in Leiden and later at the Academy of Visual Arts in The Hague. After his studies he started working as a student of Jacob Maris, one of the most famous representatives of the Hague School. Fredericus's work is therefore officially also viewed upon as the second generation of the Hague School.
Since many of his works were made in the Vecht region (or on the Vecht itself), he is also known as the "painter of the Vecht".
Van Rossum de Chattel won a medal for his entry at the 1889 World Fair in Paris. Several of his works can also be seen in the Gemeentemuseum The Hague.