THE PYRAMIDS AT GIZA IN EGYPT - EDITH KINGDON-ELLIS 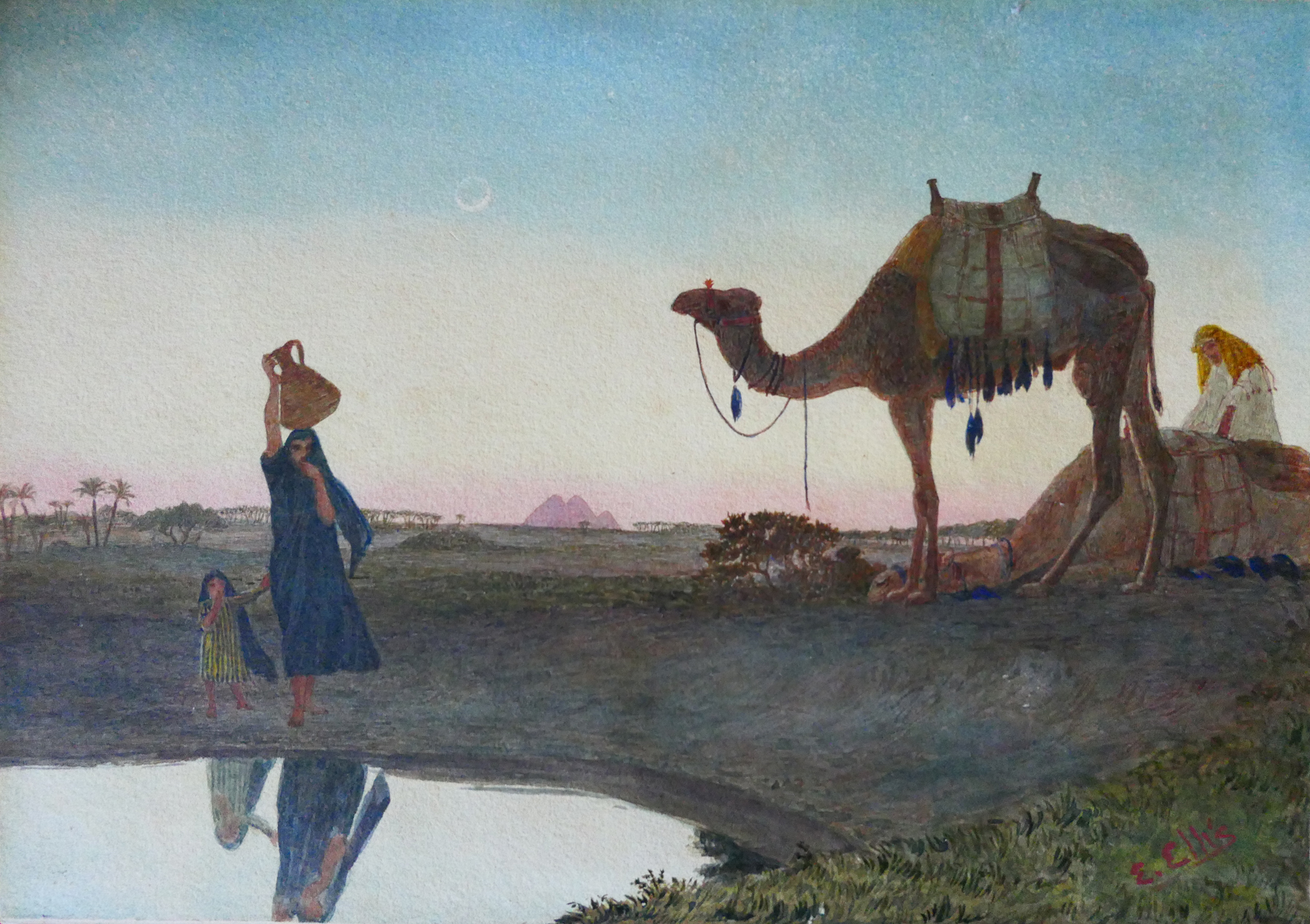 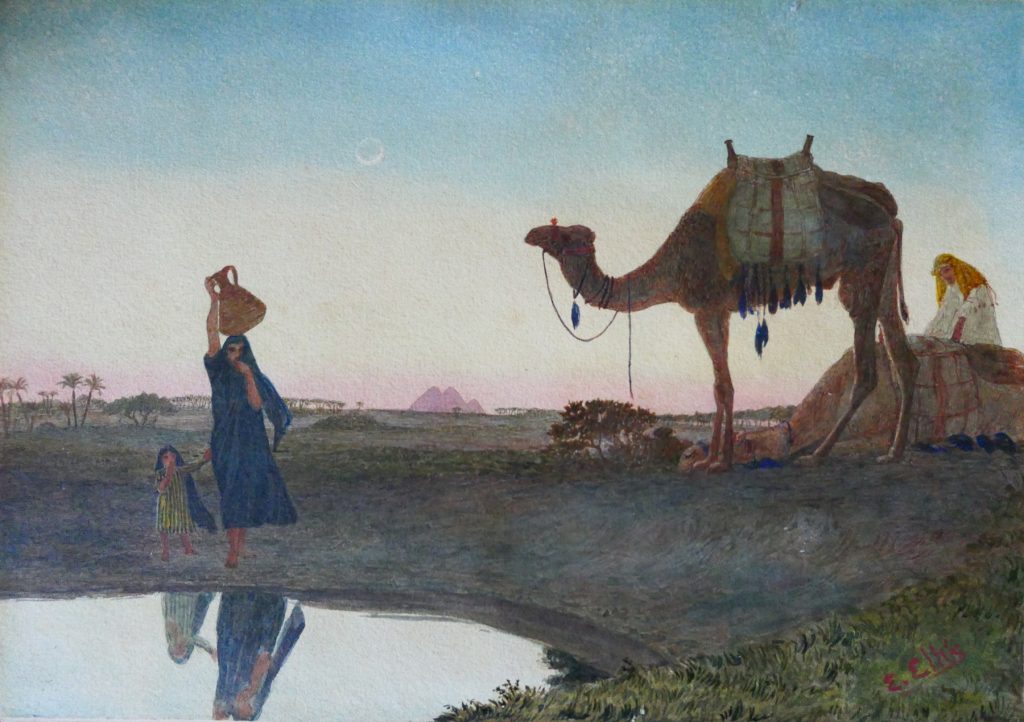 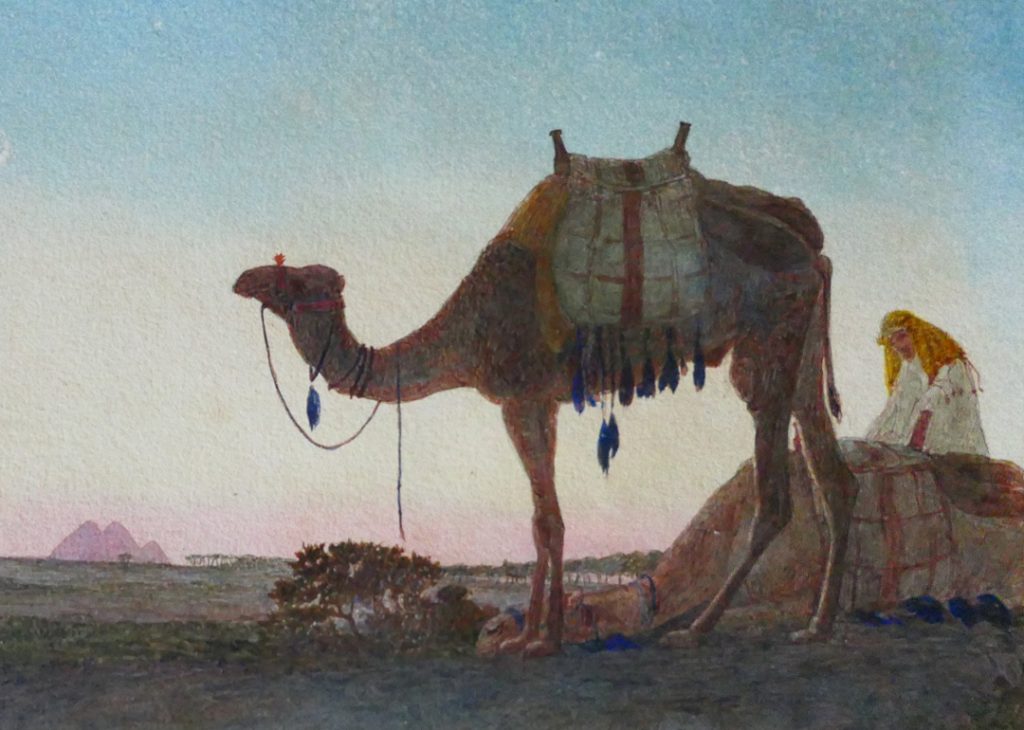 A very fine orientalist work by Edith Kingdon-Ellis, of a woman with child at a waterhole with the Pyramids of Giza in the background.
Certainly in the second part of the 19th century, many painters left for the Orient (or the East) to record daily life there. Well-known painters of that time were, for example, Eugène Delacroix and Jean-Léon Gérôme.
Like those painters, Edith Kingdon-Ellise wanted to capture the different play of light caused by the bright sun and the sand blowing in the air. The many colors in the streetscape, or in this case for example in the saddle of the camel, were also a favorite subject of these traveling artists.
Edith masterfully create this very spherical image, with a lot of warm background light and a beautiful strong reflection in the still water.

Very little is known about Edith Kingdon-Ellis. What we do know is that she traveled to Egypt in 1896. Several works are known to be made during that trip, such as the Luxor Temple on the Nile. We also know that she made some portraits of notables from England.
Coincidentally, there is also an actress with exactly the same name and exactly the same year of birth and year of death. She was born on July 25, 1868 in Marylebone, London, England. She was known for; When Knights Were Bold (1929), Fugitive Road (1934) and Once a Lady (1931). She died in Croydon, Surrey, England in 1959.
It has sometimes been suggested that this is the same Edith Kindon-Ellis, but that is quite unlikely.