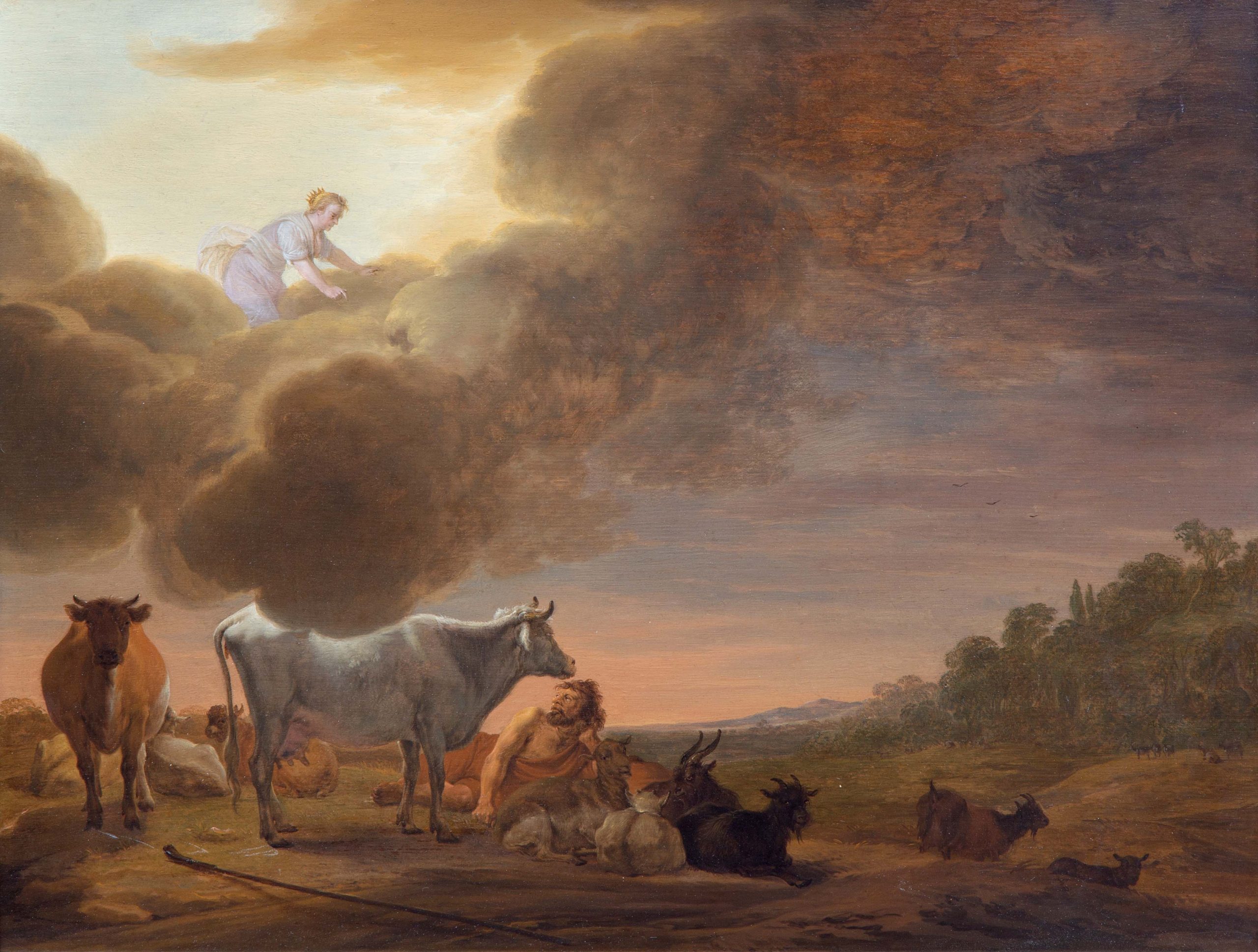 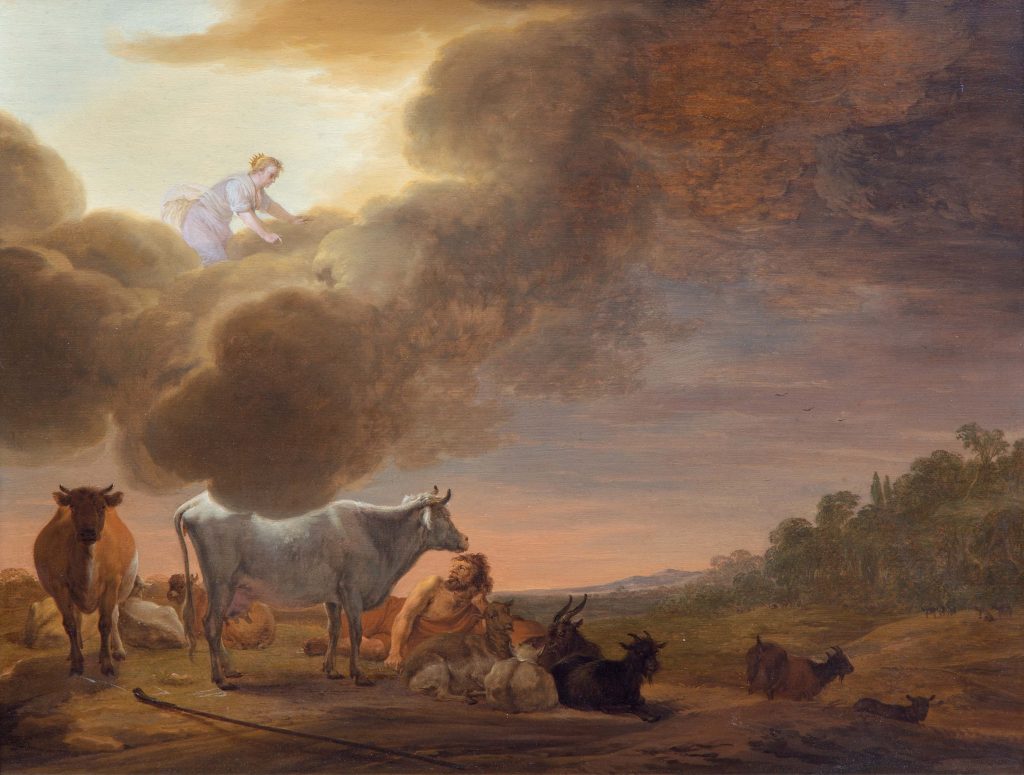 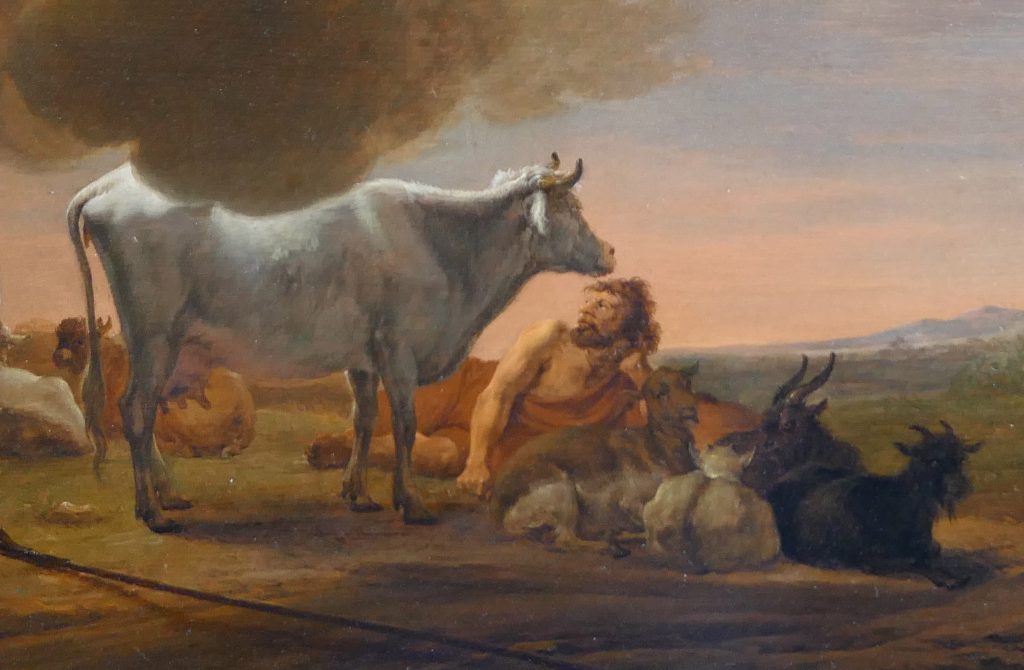 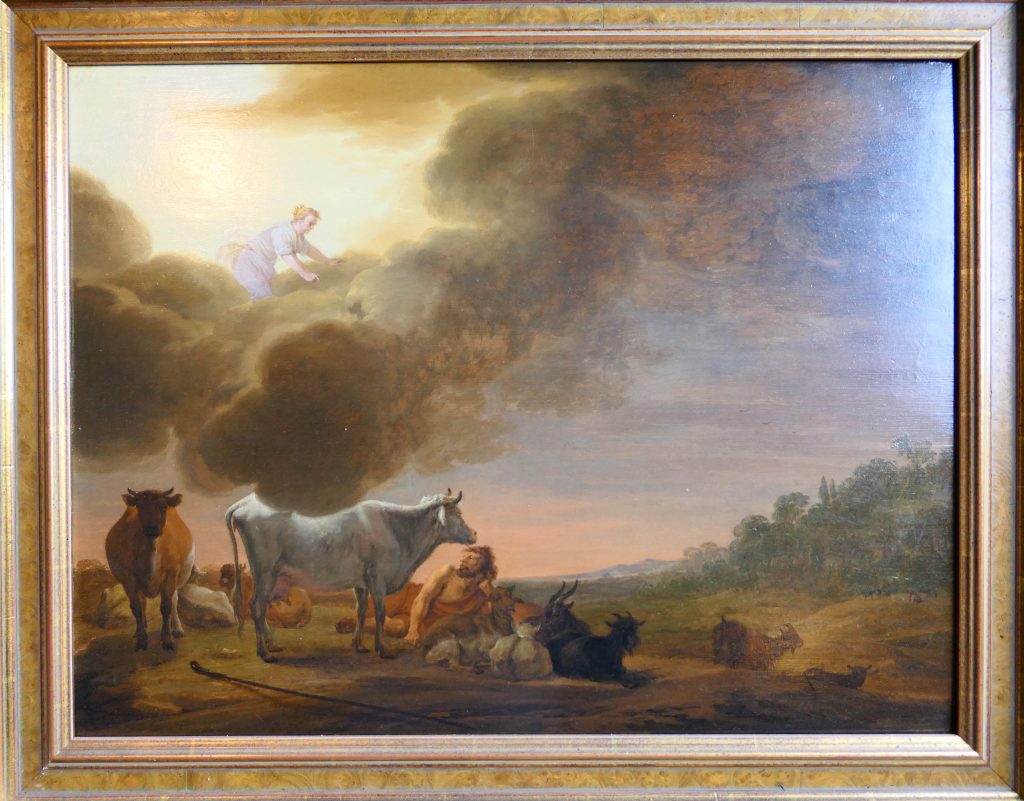 A landscape with Juno in the clouds, confiding Io to the care of Argus. Goddess Juno - the wife of Jupiter - and Io, who had been turned into a white cow by Jupiter to prevent Juno from finding out he had a crush on Io. Juno however found out about it and tied Io down, still in the guise of the white cow, and asked Argus not to keep her out of site.
The lighting in this painting is greatly adding to the mystical feeling one gets from this very detailed 17th century masterpiece. It reminds strongly of the painting by Saftleven in the Rijksmuseum; ‘The annunciation to the shepherd’. Next to this, the cow at the very left-hand side of this painting is almost identical to the painting in the Mauritshuis; ‘Landscape with Herdsmen and Cattle’.
Both painting have been painted around, or in, 1660. Which is also the date when this work was created.

Cornelis Saftleven (ca. 1607 - 1681) was a Dutch painter from the Golden Age who excelled in several genres at the same time. Although his works with images from daily (rural) life are perhaps best known, he also made portraits, beach scenes, farm interiors and landscapes with cattle. Entirely in the 17th century tradition, he also painted scenes from hell, allegories, satires and illustrations of proverbs.
Cornelis Saftleven is the son of the well-known and appreciated painter Herman Saftleven. After further training in Rotterdam, it is generally accepted that Cornelis traveled to Antwerp around 1632, where he met with Peter Paul Rubens.
Rubens is known to have staffaged paintings by Cornelis Saftleven before 1637. The estate of Rubens, who died in 1640, contained eight paintings by Cornelis. Four of those works were staffaged with additional figures by Peter Paul Rubens.