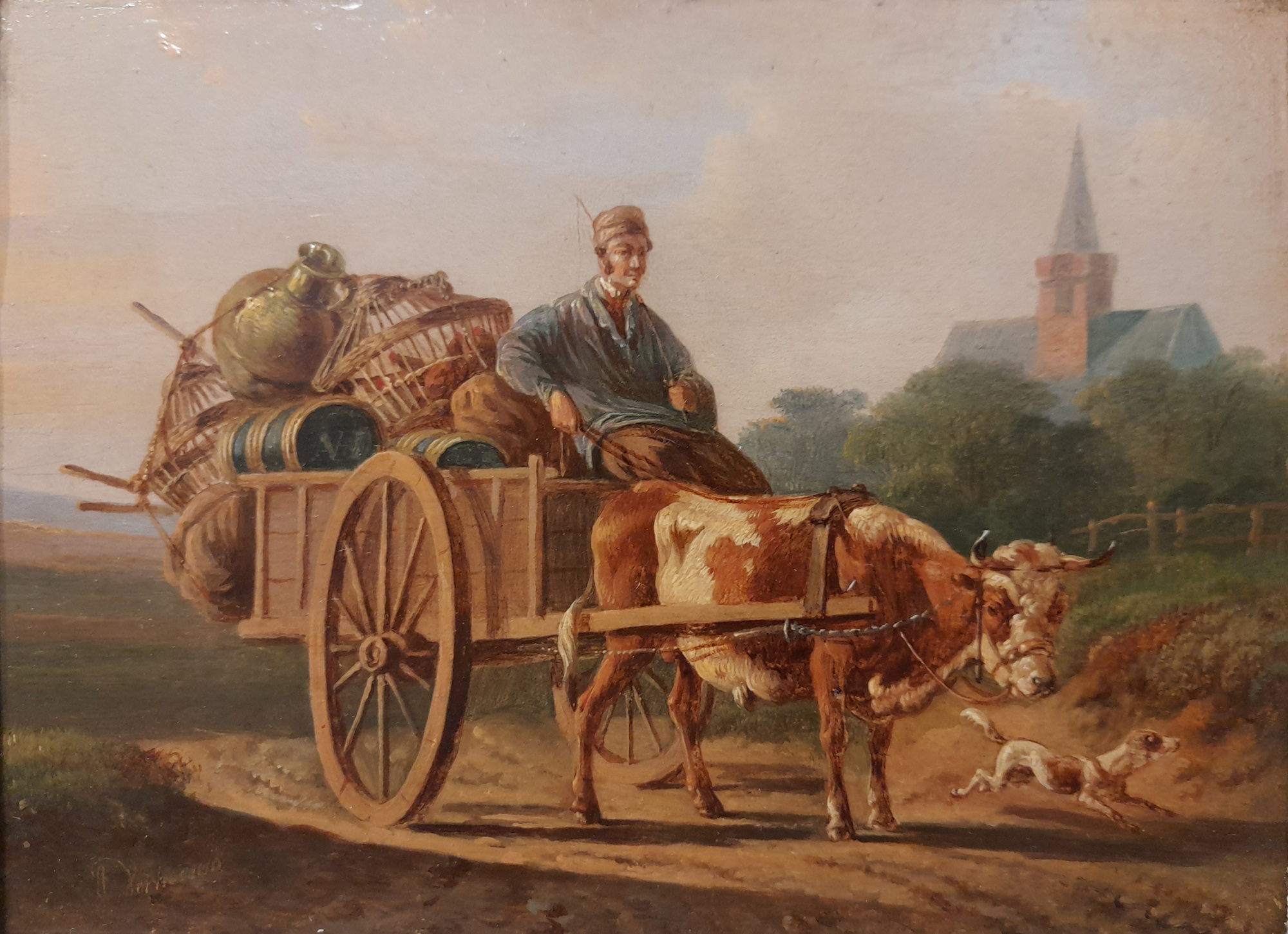 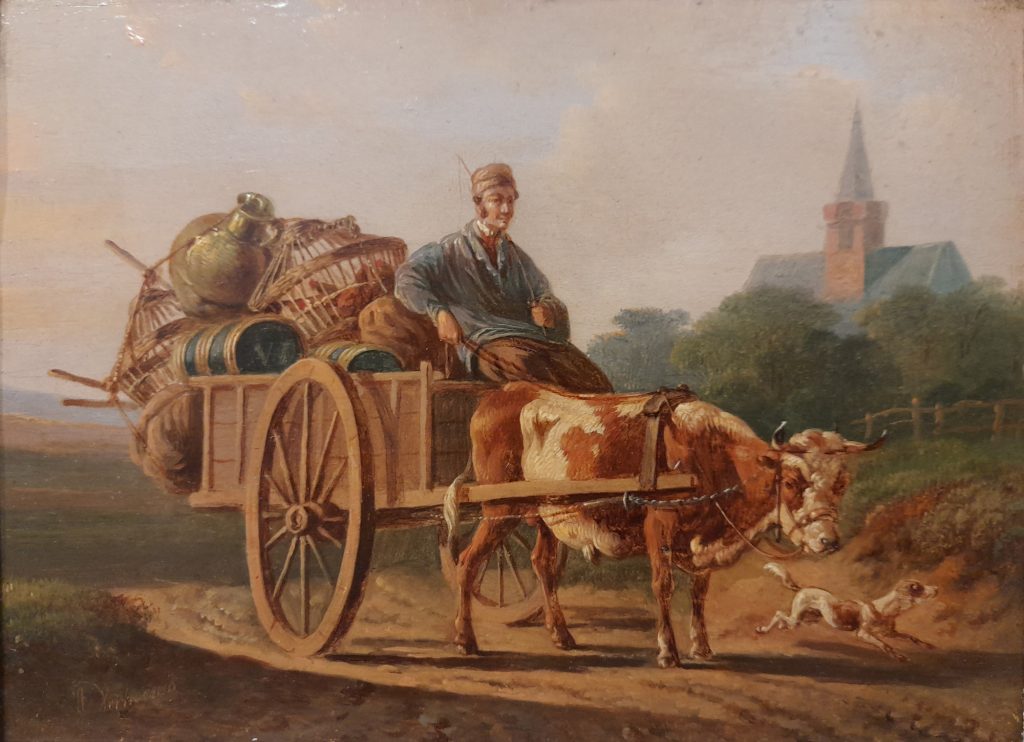 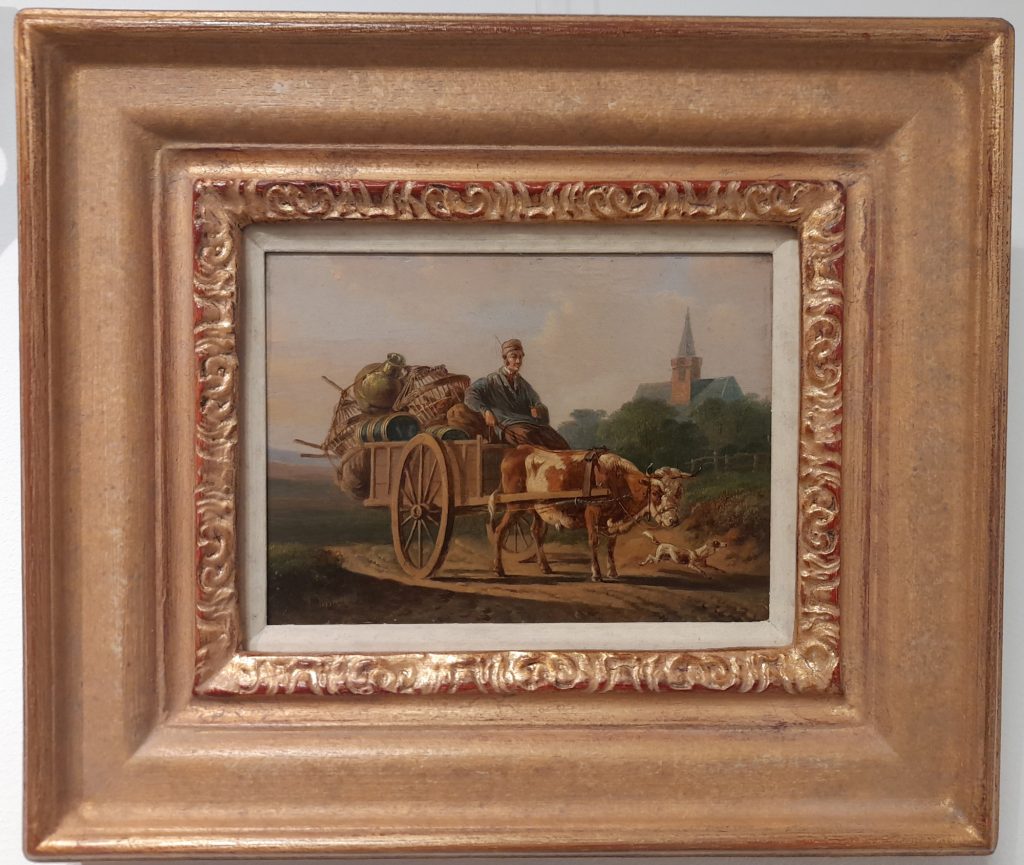 A cheerful and slightly comical work of a poultry dealer with a cow cart made by Albertus Verhoesen. The cow and the poultry dealer both seem equally cheerful and relaxed to pose for the painter, while the dog on the right is not paying attention and is mainly concerned about something that takes place outside of the painting.
Despite the small size of this painting, Verhoesen still manages to depict a few chickens in the wicker cage behind the poultry trader in great detail. Normally, Verhoesen gives the poultry a leading role in the foreground, while the poultry in this work actually only stands out when viewed better. Something that certainly gives a nice surprise effect.

Albertus Verhoesen (1806 - 1881) lived and worked in the province of Utrecht (Utrecht, Hilversum and Amersfoort) all his life.
In 1824 Verhoesen moved to Hilversum, where he was reportedly taught by Barend Cornelis Koekkoek (1803 - 1862). In any case, it is certain that Verhoesen lived with B.C. Koekkoek for some time.
From 1834 to 1853 Verhoesen was the master city drawer of Amersfoort. In 1853 Verhoesen moved back to Utrecht to never leave his beloved city again
Albertus verhoesen mainly painted small, but sometimes also somewhat larger landscapes with cattle, animal stables and especially a lot of poultry. He also had lessons from Jan van Ravenswaay and Pieter Gerardus van Os.
His works are in the possession of; Het Centraal Museum Utrecht, Museum Boymans-van Beuningen and the Rijksprentenkabinet in Amsterdam.