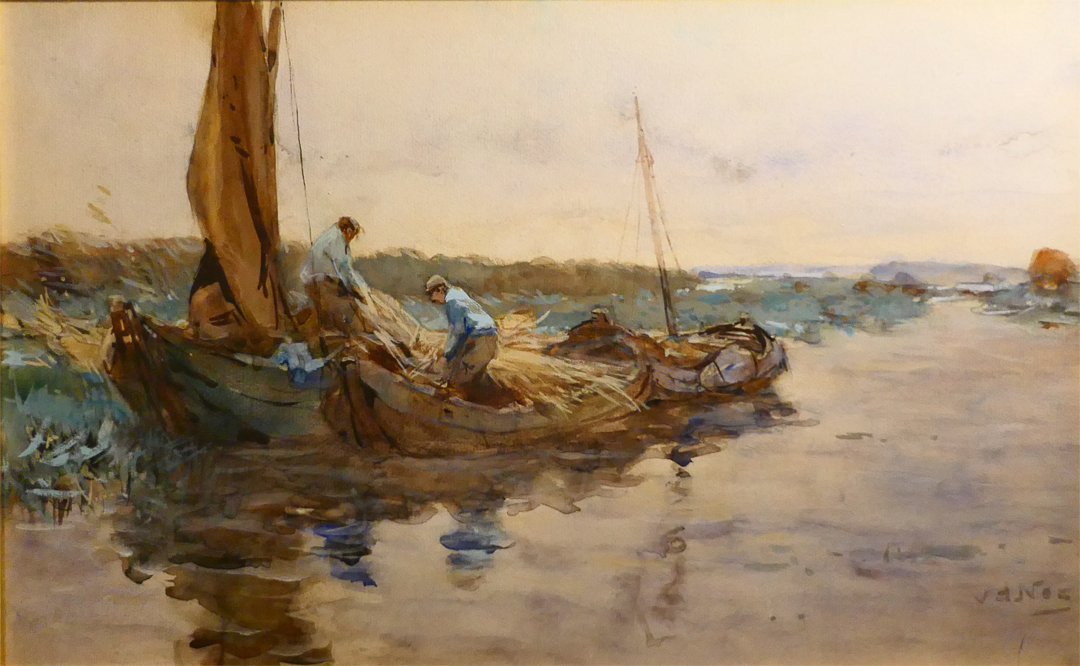 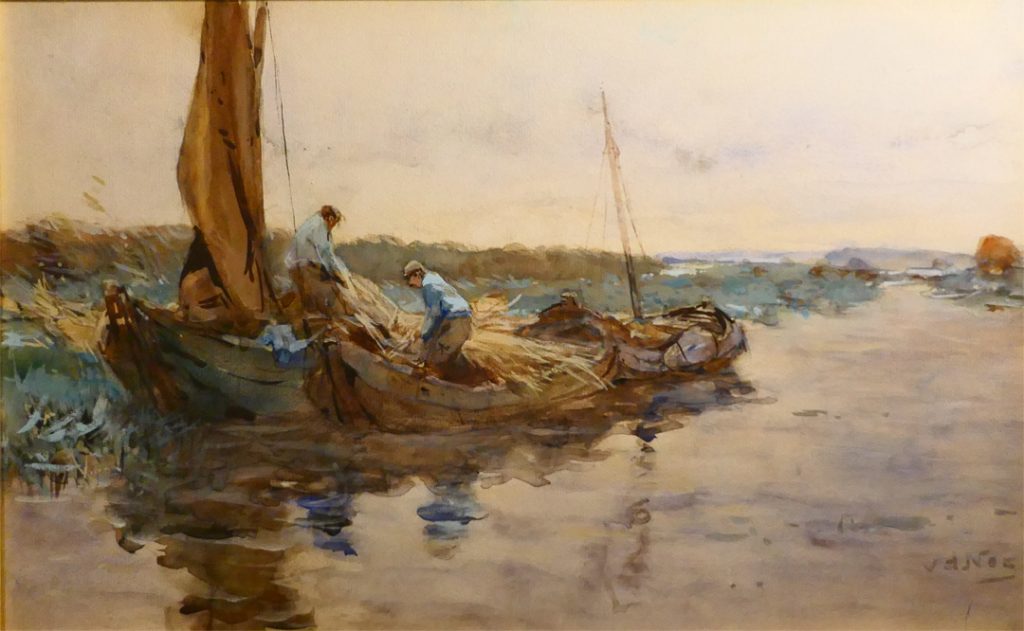 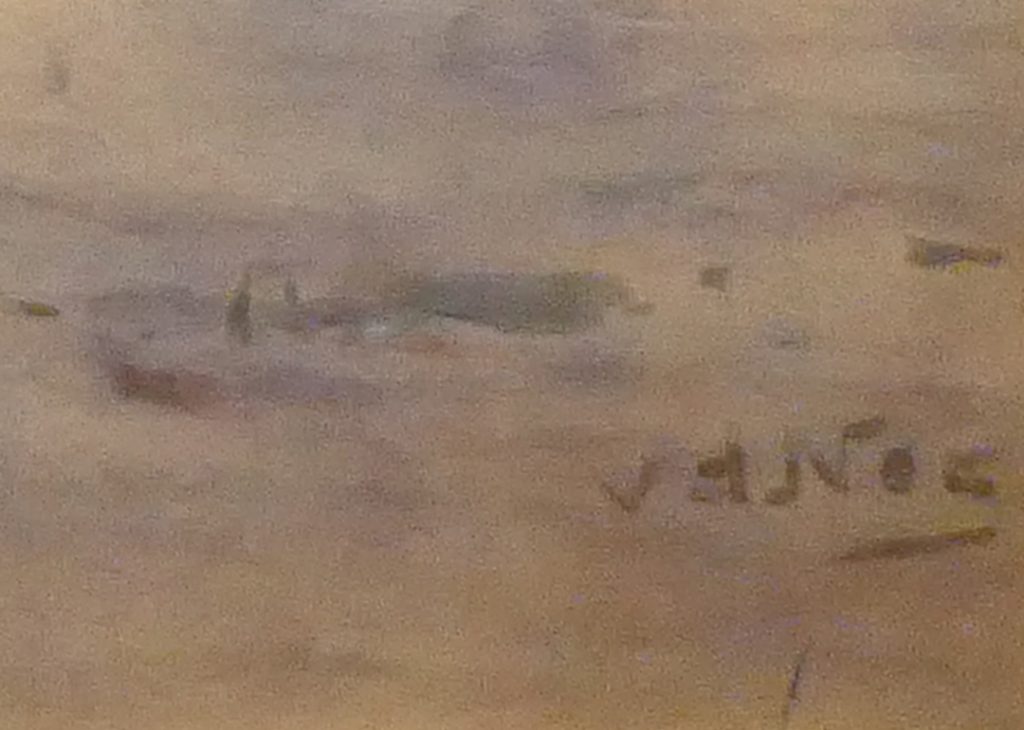 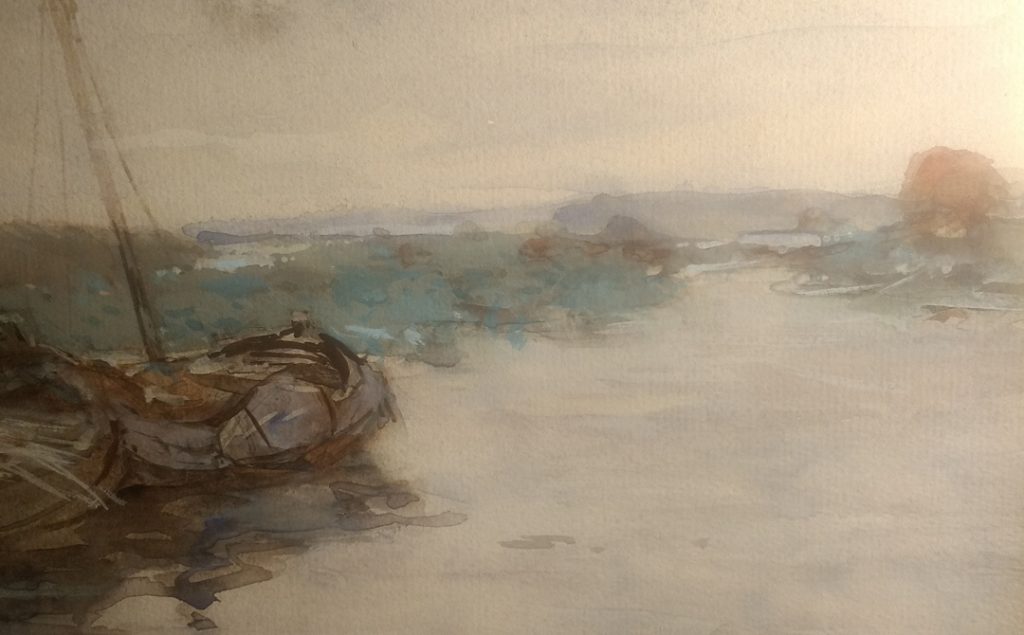 Two beautiful works of two men working on the water. The smooth strokes of which this watercolor is constructed strengthens the mobility of the ever moving Dutch rivers. The movement of the two man working on the boats only strengthen this idea. In addition, the reflection of the warm and cold colors in the water provide a dreamlike view.
This work can only be bought together with the other counterpart by van der Nat.

Willem van der Nat (Leiden, 1864 - Leiden, 1929). Willem Hendrik van der Nat studied at the Hague Academy and first worked as an illustrator and lithographer.
He became increasingly known as an artist through art educator Bremmer.
Before Willem van der Nat took several trips to gain more artistic inspiration, he was mainly inspired by the work of the French artist Jean-François Millet.
However, after the turn of the century Willem's work was increasingly moving towards the atmospheric works of the Hague School. During this period his brush strokes became much swifter and van der Nat used an increasingly impressionistic style.
From about 1910, however, more and more animals can be seen in his works. The style with which these are depicted can also be called somewhat more naturalistic.
At the end of his career, van der Nat produced manly still lifes. It is quite possible that he was influenced by the works of his friend Floris Verster.
Willem van der Nat was a member of “Arti et Amicitiae” in Amsterdam. Not long after his death, he got an honorary exhibition in Museum 'De Lakenhal'.