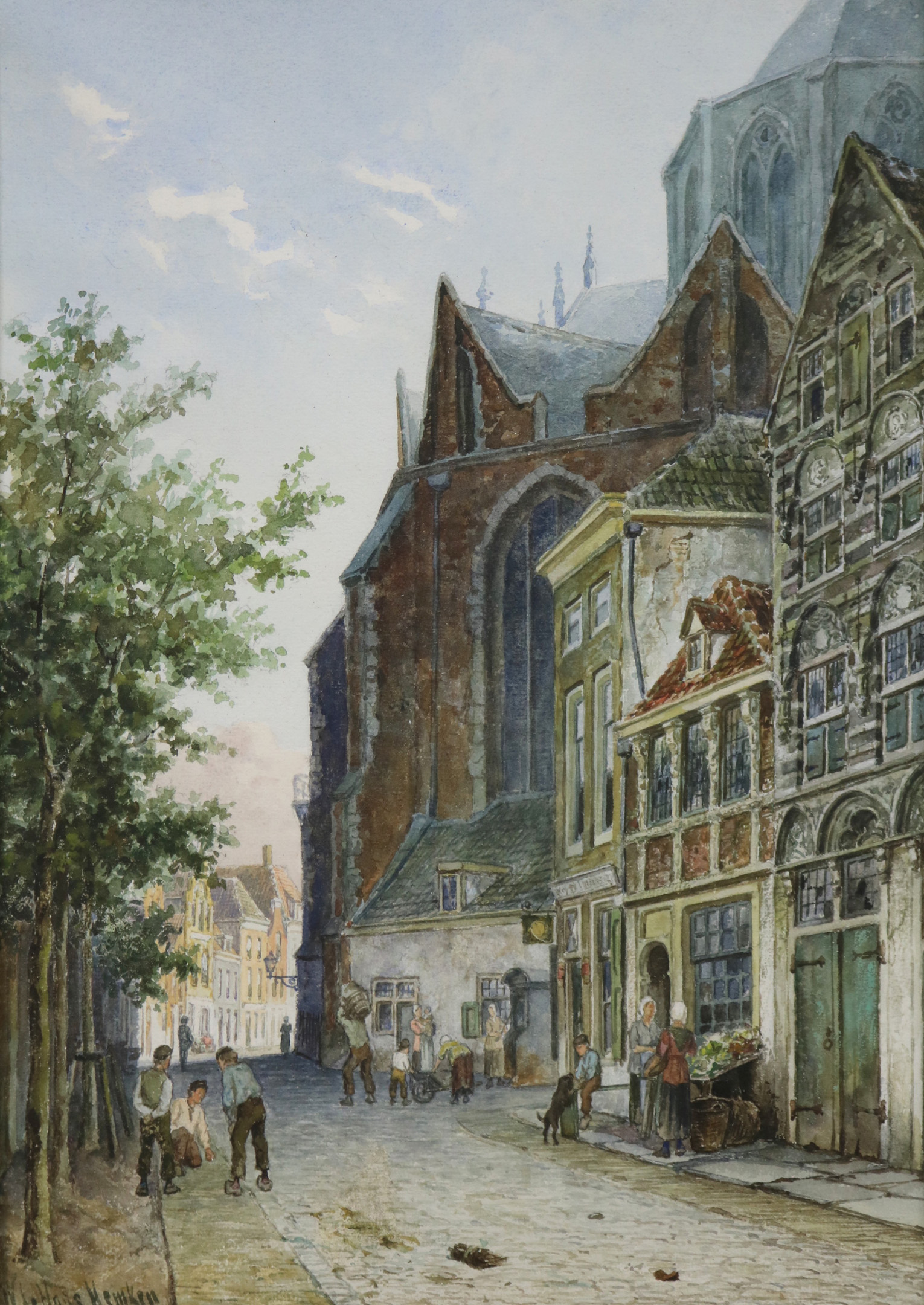 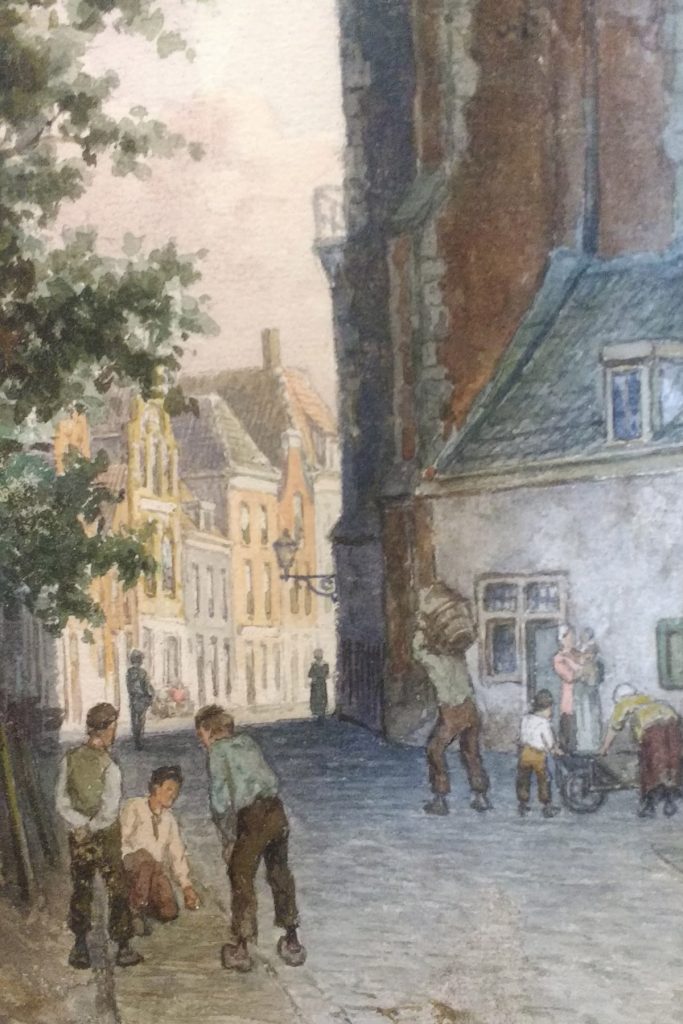 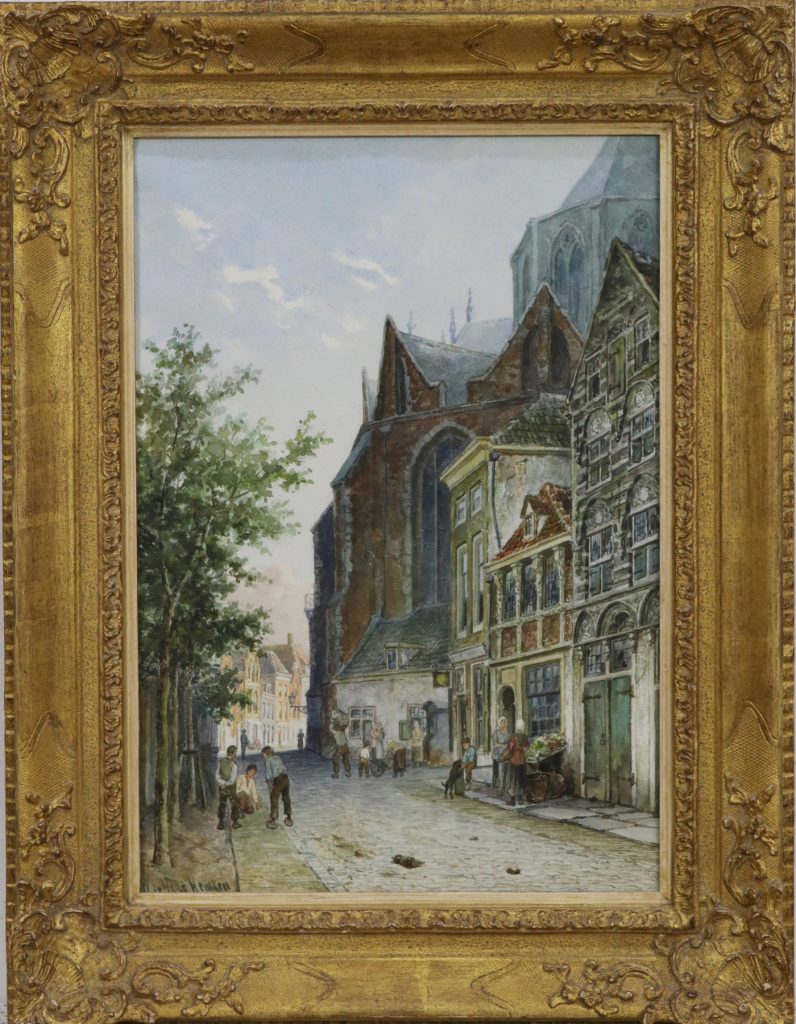 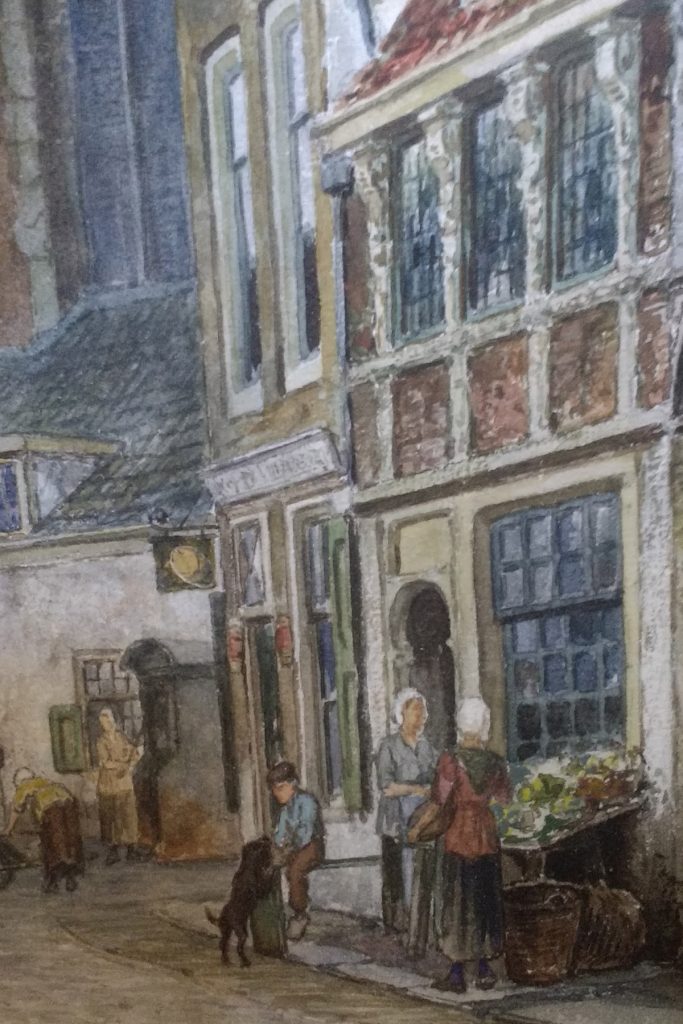 A well detailed and inviting street view of a typical Dutch town by Willem De Haas Hemken. Willem is known for the use of fresh and sometimes even daringly colored town view. Due to the great variety of colors, his town views are given a very vivid and lively atmosphere.
Most of his works are capriccio cityscapes, put together by buildings from different places and then idealized into one romantic scene.

Willem de Haas Hemken (1831-1911) was born in The Hague. Initially he worked as a civil servant for the Dutch government in the Dutch East Indies. He probably only started painting after his return, or at least developed the style we now know of him after he came back.
From 1889 he became a member of 'De Nieuwe or Littéraire Sociëteit De Witte'. Shortly after that period, from 1890, he lived and worked (often for a shorter time) in Rotterdam, Arnhem, Beverwijk and Wiesbaden.
His work can be found in the Museum Kröller Müller, among others.