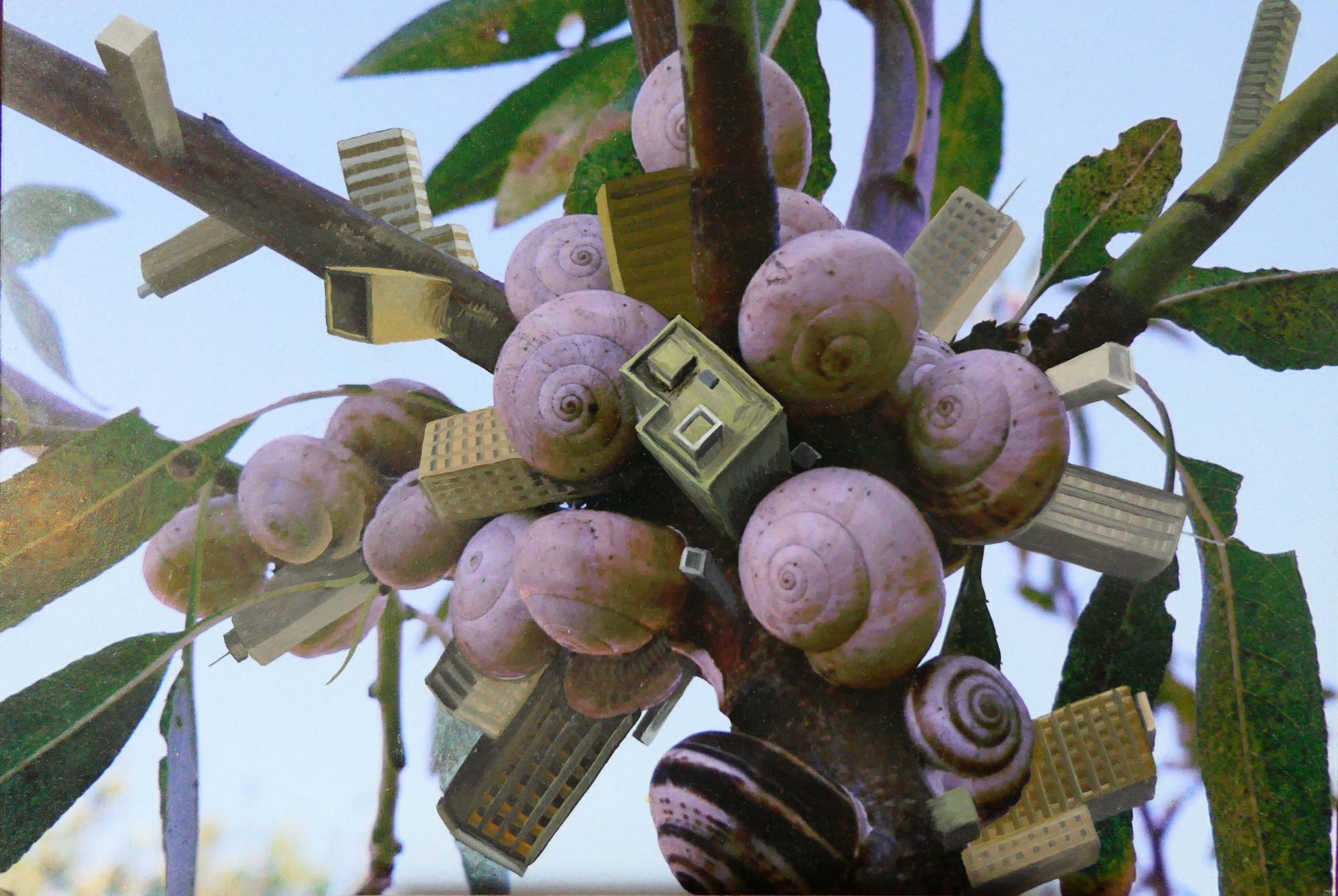 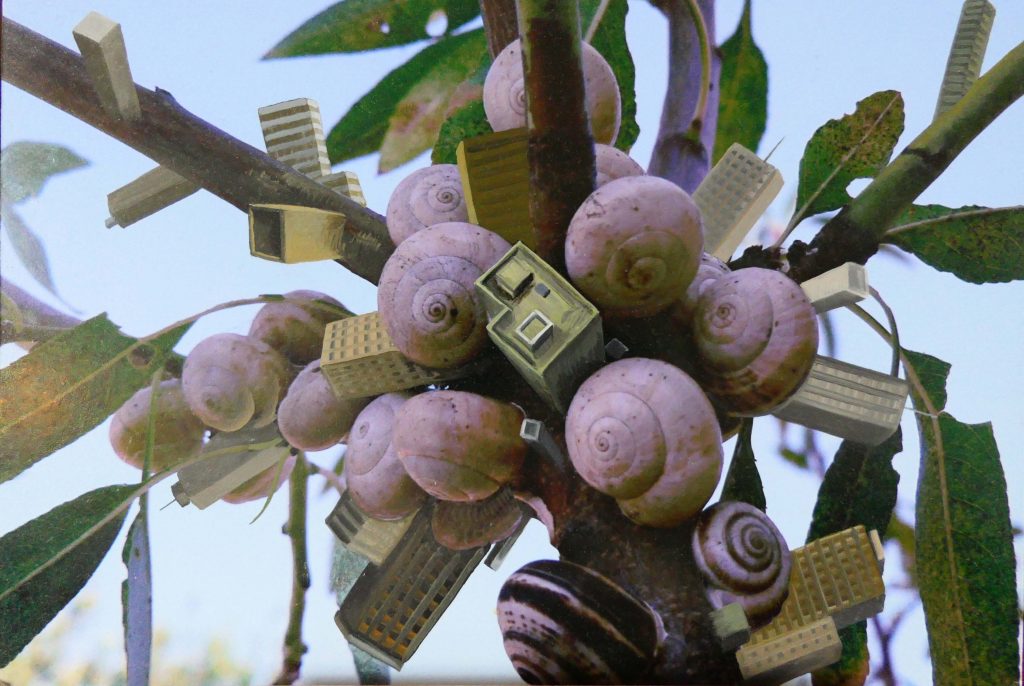 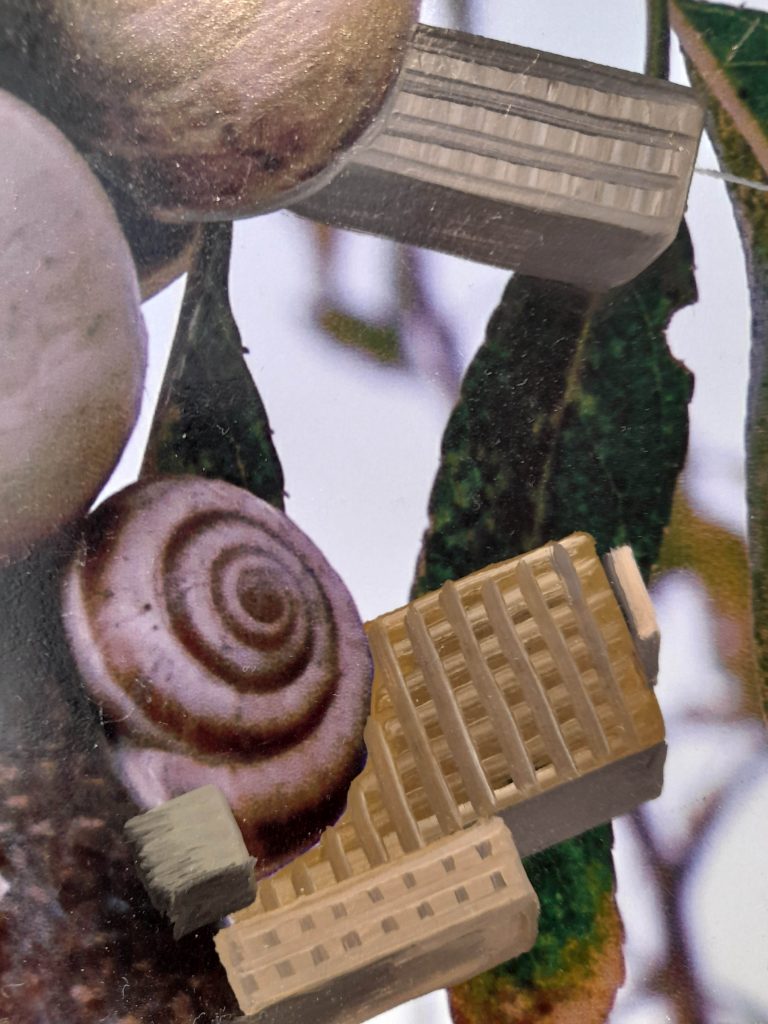 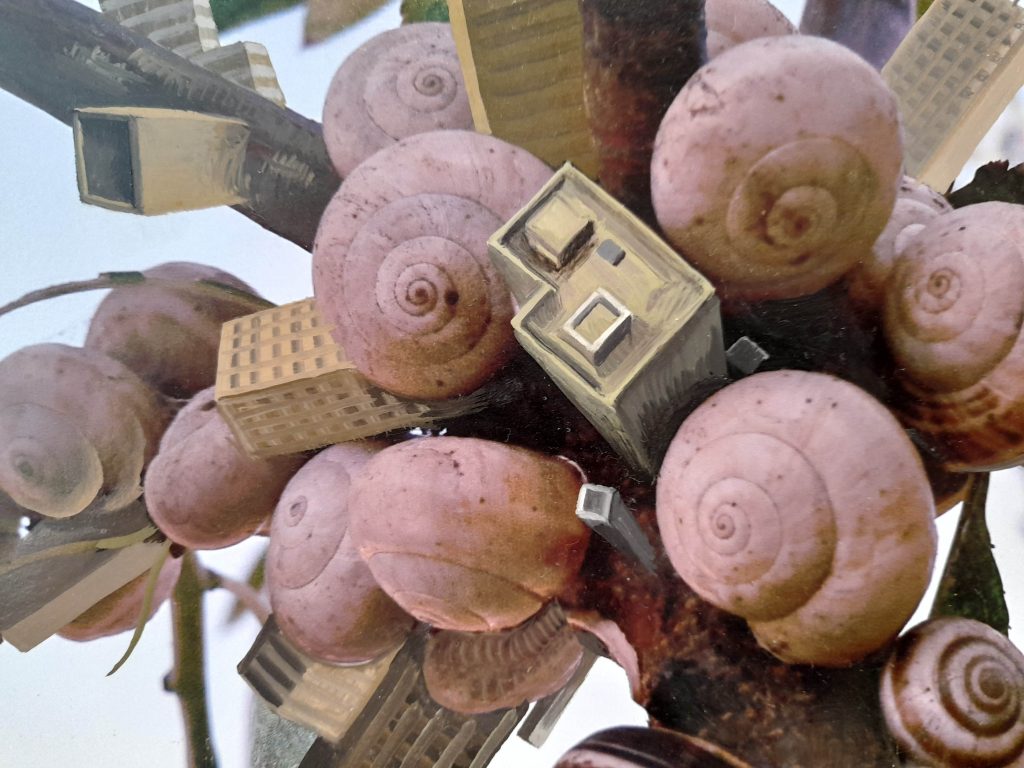 Around 2004, Demiak started the Dreamland series, in which he worked on several mixed media works of the same format. These consisted of photos mounted on MDF partially painted over in oil paint.
In terms of light and effect, the added flats and apartment buildings blend seamlessly perfect with the background, making it almost a normal sight to observe apartment buildings between the snail shells. By playing with the viewer's expectation, the meaning of the painting seems to change every time one takes an other glance at it.

Demiak (pseudonym of Maarten Demmink) was born in 1967. He is a Dutch painter and installation artist. From 1986 to 1988 he studied at the Utrecht School of the Arts (1986-1988). Since, in his opinion, too much emphasis was placed on abstract art, he switched in 1988 to the Royal Academy of Art in The Hague. He graduated in 1992.
In the early part of his career, many of his works were characterized by destroyed houses, due to the difficulty he had to find a permanent studio. In later works he investigates, among other things, Surrealism and the relationship between nature and industry.
He is a member of the Pulchri Studio in The Hague and won the Van Ommeren de Voogt Prize (2004), the Jacob Hartog Prize (2010), the silver medal (together with Bas Koopmans and Festina Lente Collective) for the cover art of The Kyteman Orchestra album (2012) and the Green prize at the summer expo in 2013 organized by the 'Gemeentemuseum Den Haag'.