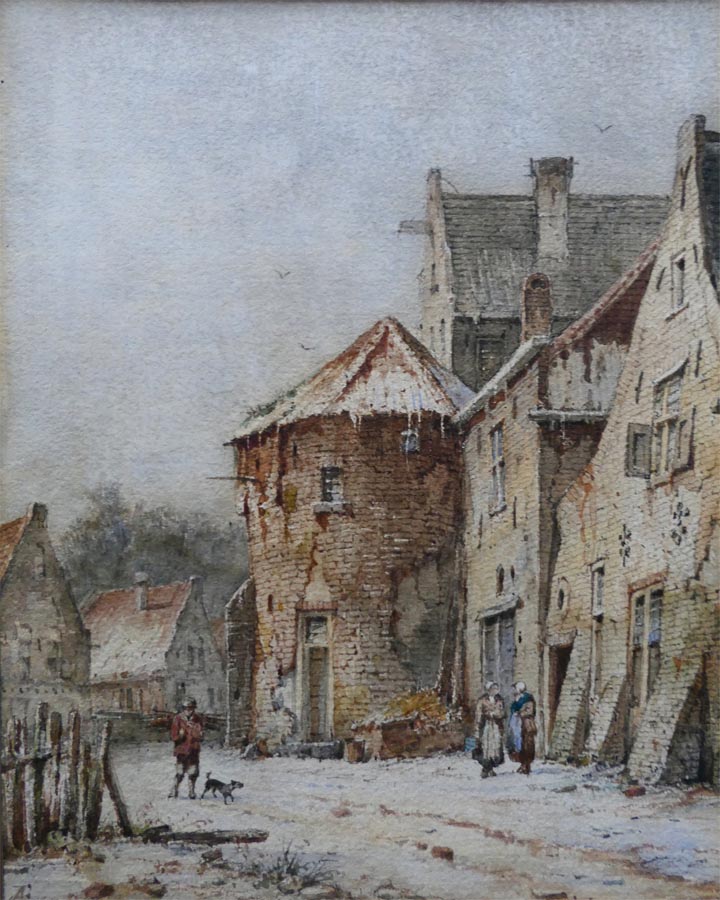 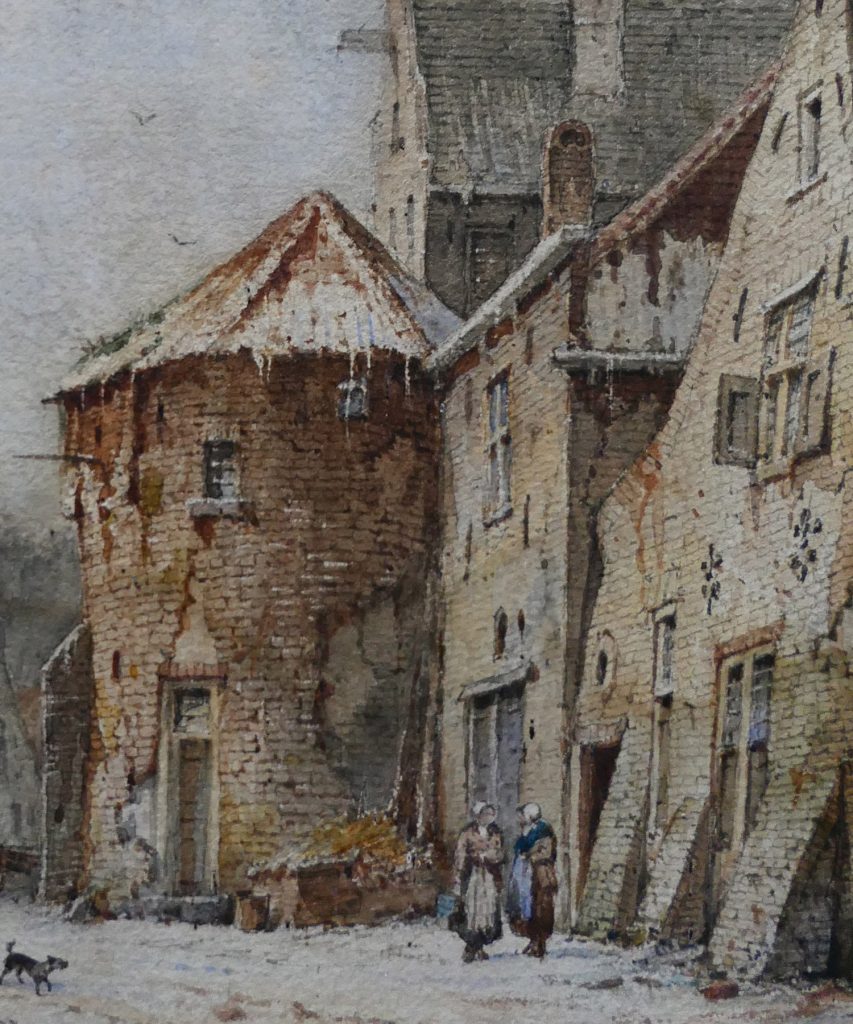 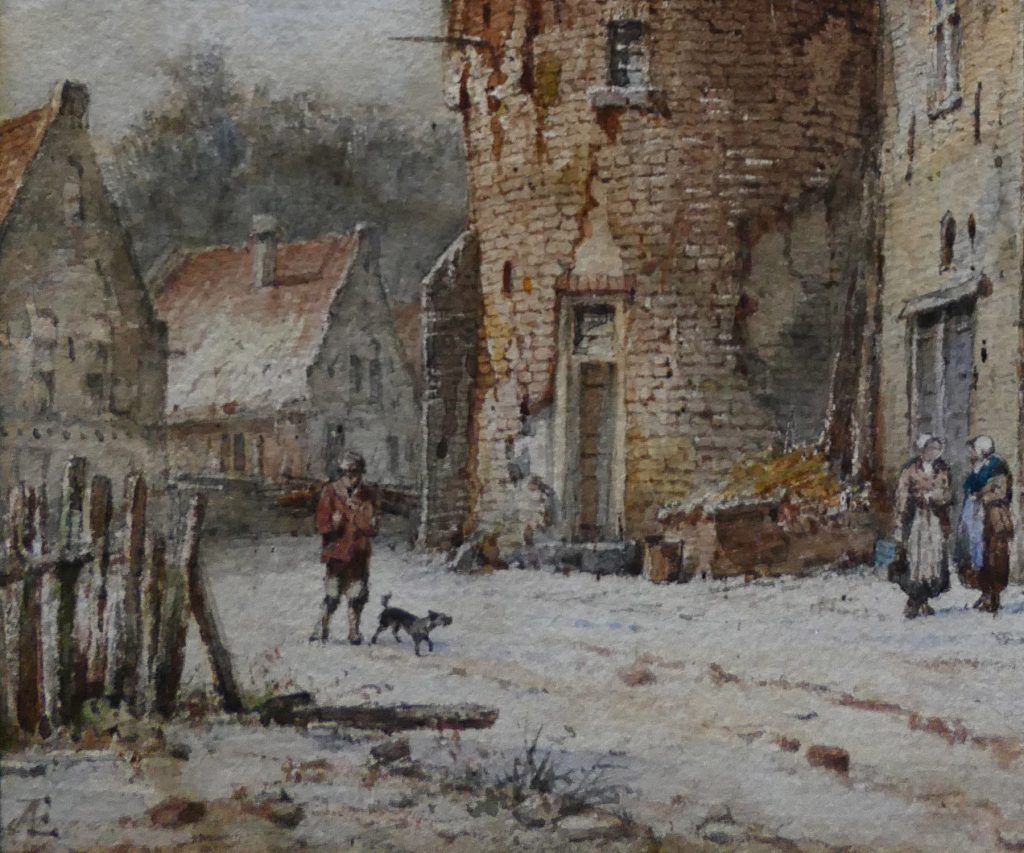 Two very attractive and highly detailed cityscapes of a Dutch town. Especially the detailed lighting in these two works give them a subtle ‘clair-obscur’ effect. Which is very hard to realize in highly detailed watercolors such as these.
Especially in the 19th century the tradition of creating summer and winter twins or counterparts (‘zomertjes’ and ‘wintertjes’ in Dutch) had gained in popularity. Works like that were usually ordered by the somewhat wealthier clients as they were seen as a way to show the prestige of an artist, who usually devoted much time to them. The result of such an effort can be seen in these two very fine examples of the oeuvre of Adrianus Eversen.
This winter landscape can only be bought in combination with 'Summer in a Dutch town', the counterpart of this work.

Adrianus Eversen (1818 - 1897) was a Dutch painter who was born in Amsterdam. Like Cornelis Springer, he was a student of Hendrik Gerrit ten Kate. Eversen later also became an apprentice to Cornelis de Kruyff. Just like Cornelis Springer, Eversen is known as one of the most appreciated painters of typical Old Dutch City and village views. In 1863 he became a member of "Arti et Amicitiae" in Amsterdam. Something that confirmed his status as a renowned painter, as many of the most celebrated painters of the 19th century at the time were members of Arti et Amicitiae. Many of Adrianus Eversen's works are "capriccio" and consist of (strongly) arranged existing buildings or (partly) made-up buildings. Many of his works, including many winter scenes, are characterized by strong light.